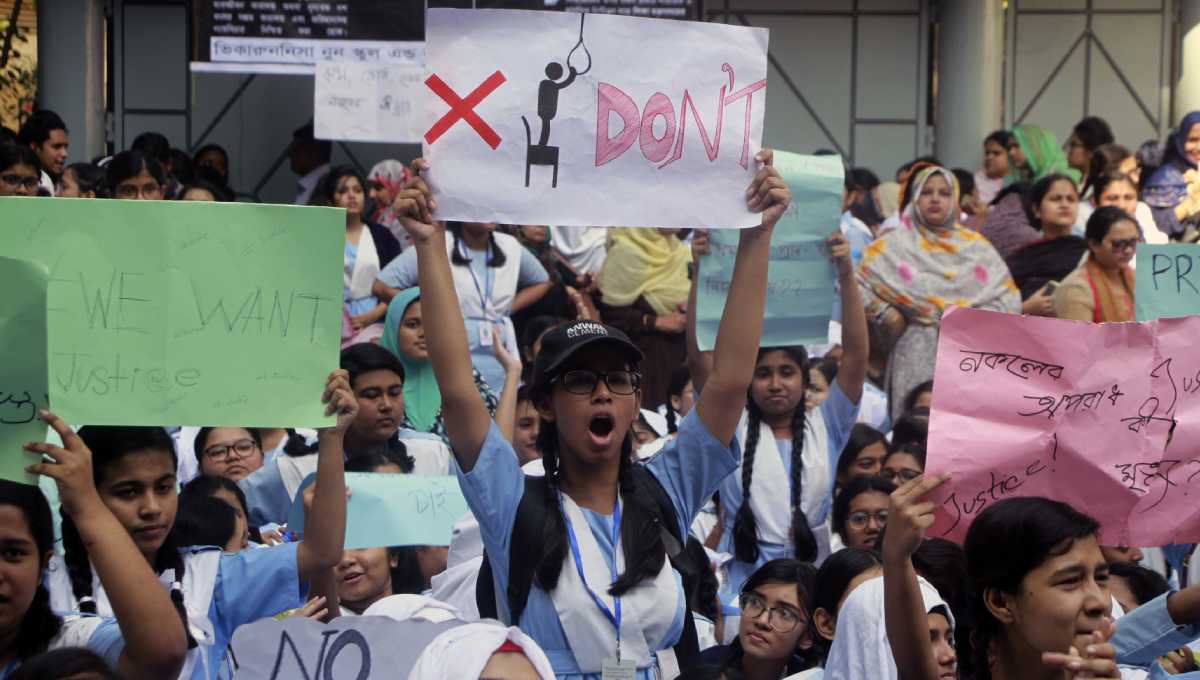 Photo: Students of Viqarunnisa Noon School and College stage demonstration in front of the main gate of the school in Dhaka on Wednesday, December 05, 2018.

Dhaka, Dec 5 : The case, filed against three teachers of Viqarunnisa Noon School and College, including its principal, over the suicide of schoolgirl Aritree Adhikari, has been transferred to Detective Branch of Police.

Aritree Adhikari, a class-IX student, committed suicide at their Shantinagar residence in the city on Monday after allegedly being rebuked by teachers for using mobile phone during examination.

The incident sparked widespread protests among the students and their guardians who also demanded the removal of the accused teachers.