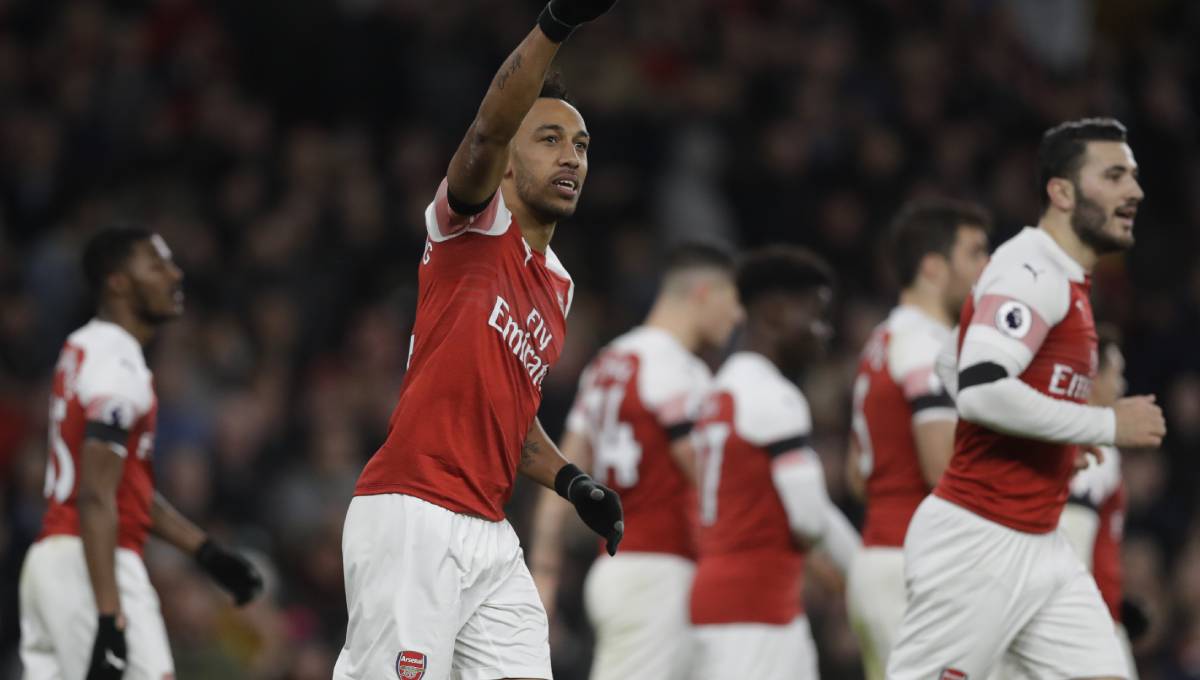 London, Jan 2 : Arsenal bounced back from its mauling by Liverpool by easing past Fulham 4-1 in the Premier League to move to within two points of the Champions League qualification positions on Tuesday.

Pierre-Emerick Aubameyang wrapped up a routine victory in the 84th minute with his 14th goal of the campaign, leaving him the league’s top scorer and giving him as many in 21 games as Alexandre Lacazette managed in leading Arsenal last season.

Lacazette was also on target at Emirates Stadium, scoring between strikes by Granit Xhaka and substitute Aaron Ramsey. There was a negative reaction from some Arsenal fans when manager Unai Emery chose to take off Lacazette for Ramsey in the 75th minute.

“I understand the supporters,” Emery said, “… but I need to do my work, Lacazette his work.”

Ramsey’s long-term future appears to be away from the Emirates after Arsenal retracted a contract offer that was on the table for the Wales international.

With six months left on his current deal, he can speak to foreign clubs. Emery, though, expects the 28-year-old midfielder to remain at Arsenal rather than move away for a fee during the January window.

Asked if Ramsey would stay until the offseason, Emery said: “At the moment he is working with us and I think, yes.”

Fulham was well-beaten and stayed in next-to-last place but briefly just 2-1 down when substitute Aboubakar Kamara tapped in from close range in the 69th. Kamara was dropped to the bench against Arsenal after disobeying manager Claudio Ranieri’s orders by taking a penalty — which he subsequently missed — in a 1-0 win over Huddersfield on Saturday.

Arsenal was thrashed 5-1 by Liverpool on the same day in its heaviest loss since Unai Emery joined in the offseason. With the win over Fulham, fifth-placed Arsenal moved six points ahead of sixth-placed Manchester United, which plays Newcastle on Wednesday.