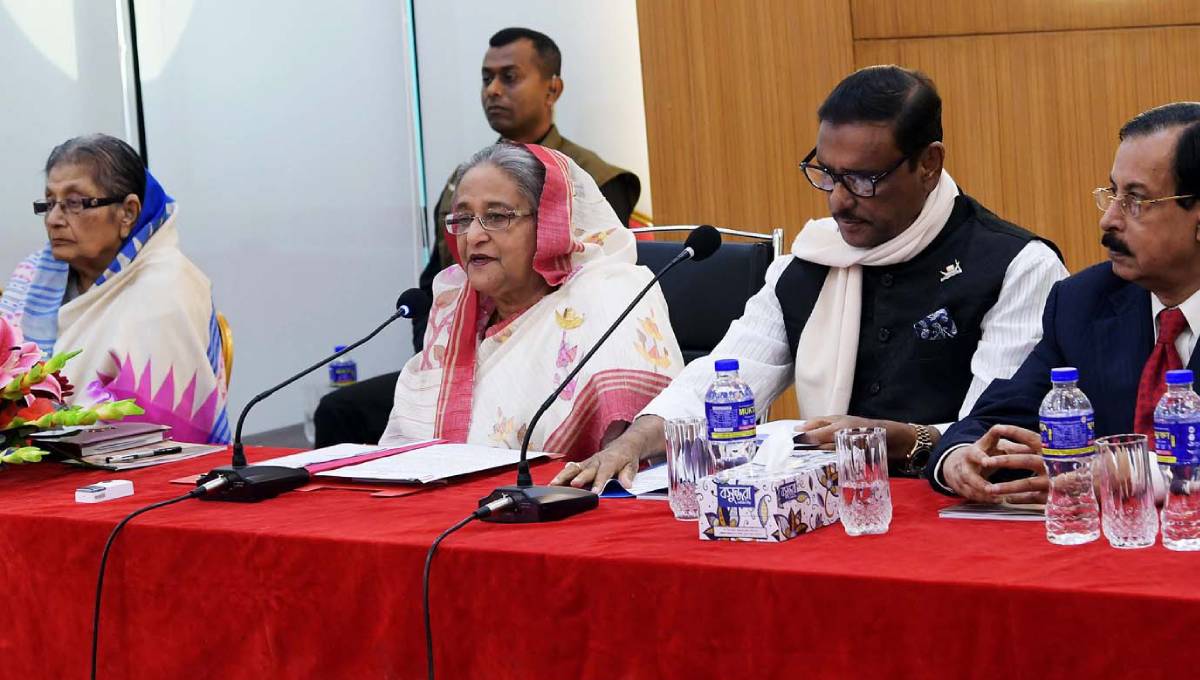 Dhaka, Jan 12 : Prime Minister Sheikh Hasina on Saturday urged the MPs-elect of BNP to join Parliament for the sake of democracy and utilise the scope for their return to constructive politics.

“BNP should join Parliament for the sake of democracy accepting its defeat in the election,” she said.

The Prime Minister said this in her introductory speech at a joint meeting of Awami League Advisory Council and Central Working Committee at the party’s Bangabandhu Avenue central office.

The meeting was held with Awami League President and Prime Minister Sheikh Hasina in the chair.

She also asked the BNP high-ups to take the right decision to practise democracy considering the status of the party, including lack of proper leadership, anti-independence destructive politics, organisational weakness and nomination trading.

“They (BNP-led Oikyafront) have to accept the defeat in the election as they were incapable to pick their leader, lost the support of people for their politics of killing. BNP lost the election for running the party by an absconding fugitive,” she said.