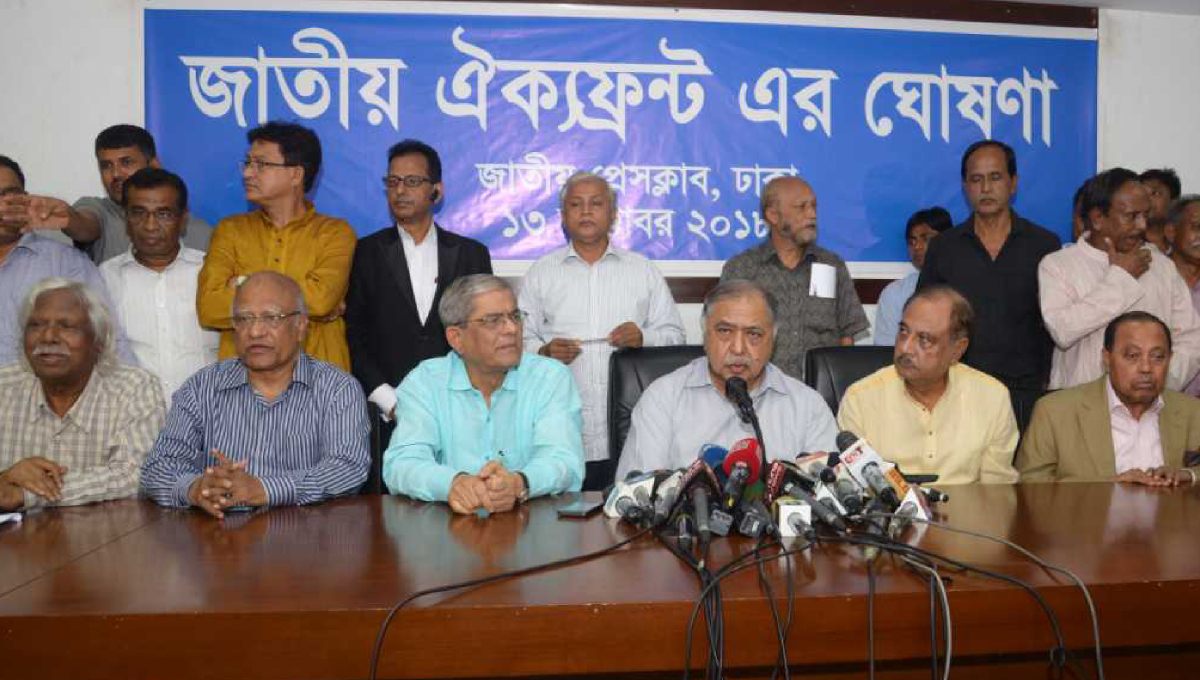 Sylhet Office : Senior leaders of Jatiya Oikyafront (JOF) are going to Sylhet on Monday to visit violence-hit Balaganj upazila where a Jatiyatabadi Chhatra Dal (JCD) leader was gunned down by criminals during voting December 30.

Later, they will go to Balaganj and offer fateha at the grave of slain Balaganj JCD general secretary Sayem Ahmed Sohel, and meet his bereaved family members to console them.

The Oikyafront leaders will also visit some election violence-hit areas in the upazila before returning to Dhaka.