Gazette in 2-3 days with retrospective effect from Dec 1 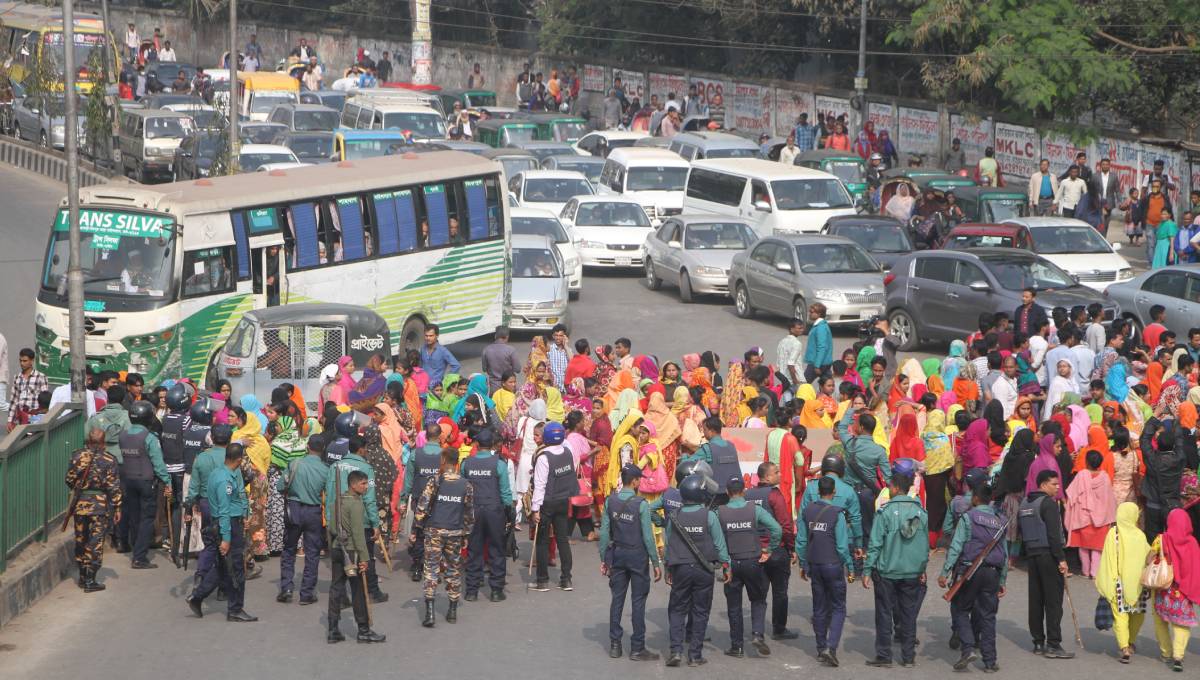 Dhaka, Jan 13 : In the wake of widespread protests by RMG workers for the last few days over the disparity in their new wage structure, the government on Sunday revised their wages.

Commerce Minister Tipu Munshi announced this after a meeting of the committee, formed by the government to review the wage structure of the RMG workers, at the Secretariat.

The wages of garment workers under grades 1, 2, 3, 4, 5 and 6 out of total seven grades have been adjusted freshly.

On November 26 last, the government published a gazette notification fixing Tk 8,000 as the minimum wage of garment workers.

Munnujan Sufian said a gazette notification on the revised wage structure will be published within two or three days and it will come into retrospective effect from December 1, 2018.

Tipu Munshi said he would personally provide Tk 1 lakh to the family of the garment worker who died during the agitation at Hemayetpur on January 8.