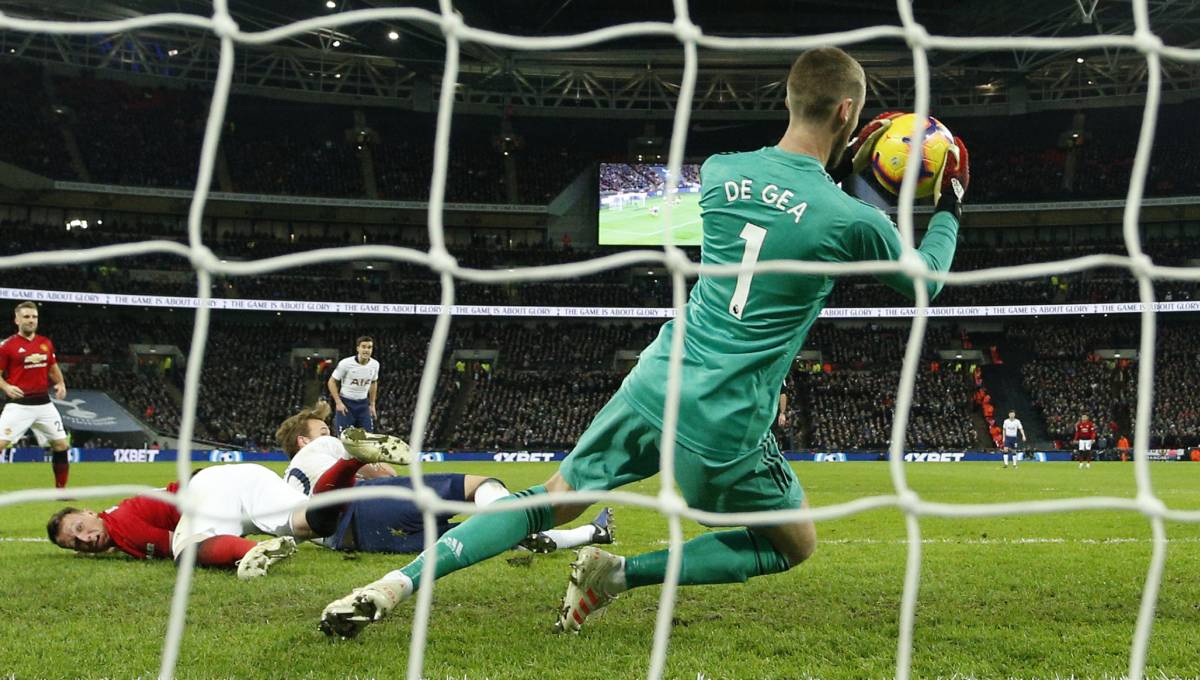 London, Jan 14 : There were too many saves for Manchester United goalkeeper David de Gea to even remember.

Everyone else was certainly counting: Eleven. The most by any goalkeeper in a Premier League match this season. And they were all in the second half to thwart a Tottenham comeback.

“I said to David at halftime, ‘You might have to make a save here, you have to keep your concentration,'” Solskjaer said. “He didn’t have to keep his concentration because he was never allowed to relax. He is a fantastic goalkeeper. I think he’s the best in the world.”

Few would dispute that on Sunday as De Gea was masterful with his hands and feet — particularly frustrating efforts by Harry Kane and Dele Alli to equalize.

“I don’t even remember some of them,” De Gea said, when asked for his favorite save.

Rashford helped out his teammate.

“The near-post save from the corner was the best one,” the striker said, alongside De Gea.

That was in the 70th minute when Christian Eriksen’s corner was turned in at the near post by Toby Alderweireld and De Gea’s instinctive reaction saw the ball cleared with his left foot.

“De Gea was unbelievable, and all credit to him,” Tottenham manager Mauricio Pochettino said. “We weren’t clinical. And sometimes with less opportunities you score, but there’s no complaints.”

The only goal came in the 44th minute at Wembley Stadium after Tottenham defender Kieran Trippier gave the ball away. Paul Pogba sent a long, high diagonal pass to Rashford who controlled the ball with one touch and then sent it low beyond goalkeeper Hugo Lloris.

Lloris, though, produced a trio of fine saves himself at the start of the second half against Pogba.

“We played so well. I think we created enough chances to score goals and win the game,” Pochettino said. “I think, for me, it was one of the best performances that I have seen for 4 1/2 years at Tottenham. The best 45 minutes.”

But not enough to collect any points or prevent a sixth league loss of the season.

By passing his first significant test, Solskjaer strengthened his bid to keep the manager’s job into next season. In particular, he got the better of Pochettino, who has been considered the favorite to be hired as Mourinho’s permanent successor.

United is yet to rise from sixth under Solskjaer but the record 20-time English champion is now only behind Arsenal on goal difference and six points adrift of Chelsea in the fourth and final Champions League place.

And the mood has been transformed at United since Mourinho was fired and former fans’ favorite Solskjaer was brought in on loan from Norwegian side Molde.

“The manager brought some happiness, the players are playing well and the team is very strong now,” De Gea said. “This is the real Manchester United.”

As De Gea was embraced by his teammates at the final whistle, it was a picture of agony for Tottenham as Kane was clutching his left knee in agony. With Tottenham losing Son Heung-min for South Korea duty at the Asian Cup, losing Kane for a lengthy period could harm the attempts to stay in the top four.

“He suffered a big tackle (from Phil Jones) and twisted his ankle,” Pochettino said, “and now we need to assess him over the next few days, hoping that it is not a big issue.”

Real Madrid held by Real Sociedad to give Atletico advantage