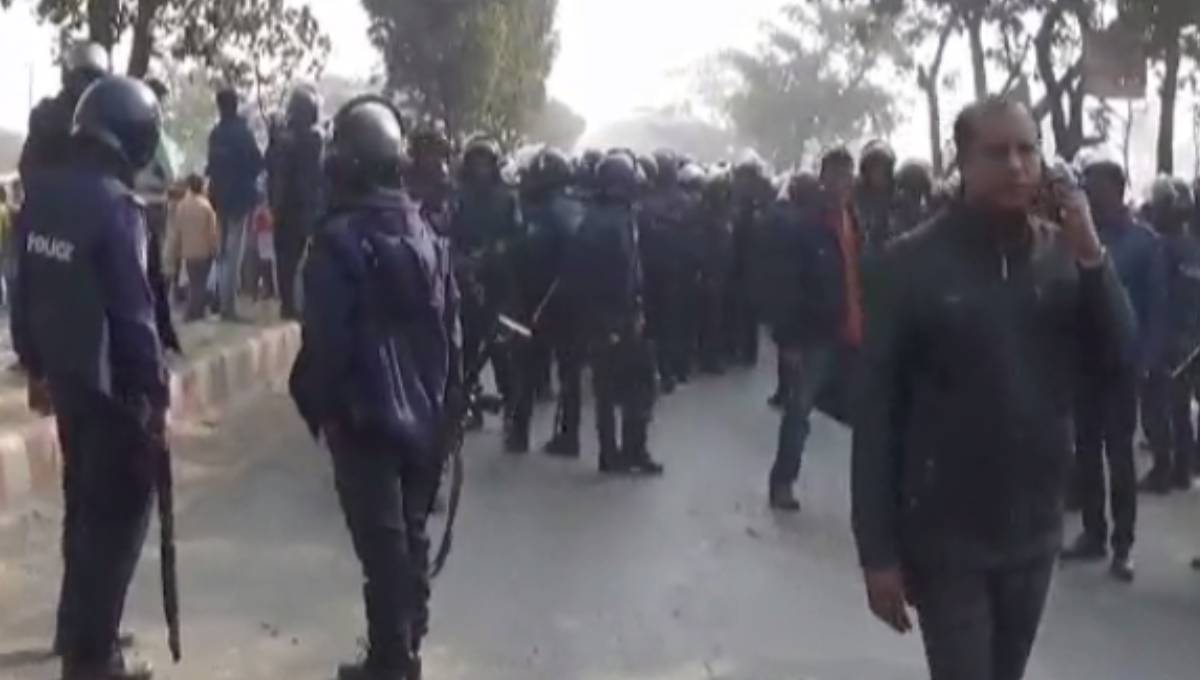 Savar, Jan 14 : Garment workers blocked Dhaka-Aricha highway for two and a half hours on Monday following a rumour over death of a female garment worker in a road accident.

Witnesses said a bus hit the female worker of ‘Brando Eco Apparels’ in the area while she was crossing the highway, leaving her injured in the morning.

As a rumour spread over her death following the accident her co-workers got agitated and blocked the highway for two and a half hours.

2019-01-14
Mr. Admin
Previous: ‘Roma’ tops Critics’ Choice Awards; a tie for Gaga and Close
Next: Australia set for May election after PM rules out early poll