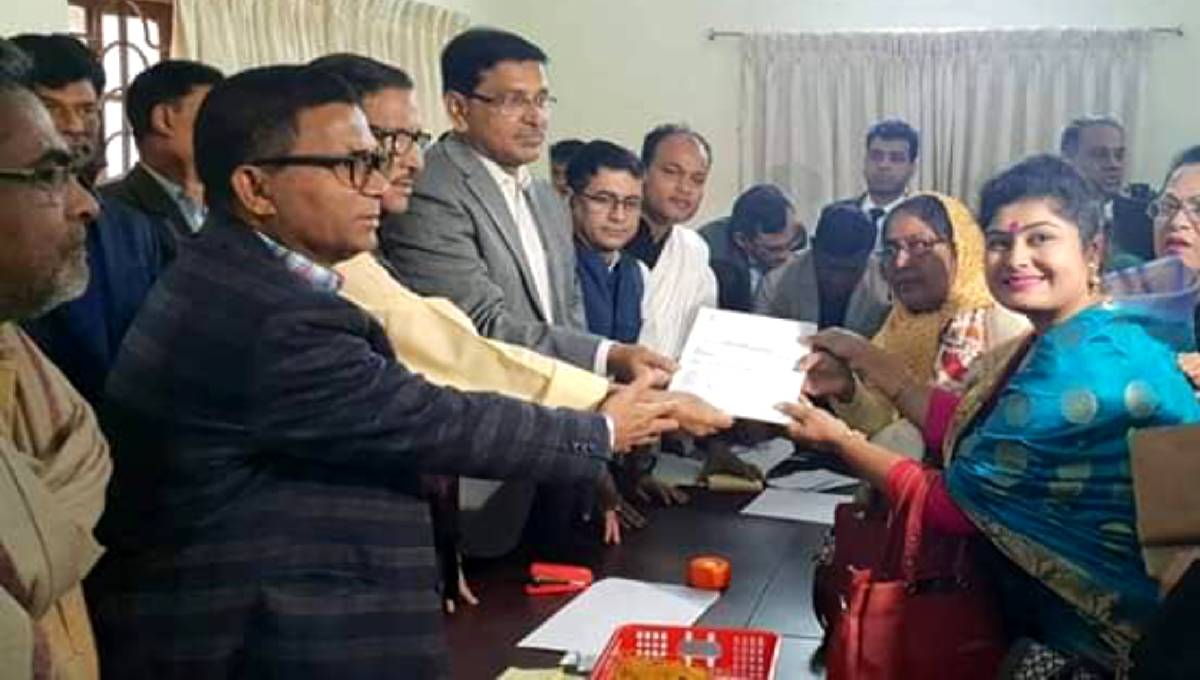 The aspirants have thronged at the AL president’s Dhanmondi political office in the city since morning to collect the nomination forms.

Eight booths have been set up for eight districts for easy access of the nomination seekers.

The party has fixed Tk 30,000 as the price of every nomination paper.

Earlier Monday, the Election Commission Secretary announced that the commission is likely to announce the election schedule on February 17 for 50 parliamentary seats exclusively reserved for women.

The reserved seats’ distribution will reflect the seat share in the directly elected 300 constituencies. According to the proportional representation in the Parliament, Awami League will get women MPs from 43 reserved seats, Jatiya Party from 4 seats, BNP from one, and others will fill out the last two.

Out of the 300 parliamentary constituencies across the country, Awami League won in 257 constituencies, while Jatiya Party in 22 seats, BNP in six seats, Workers’ Party in three constituencies, Gano Forum, Jasod and Bikalpadhara each in two seats, Tarikat Federation and JP each in one seat in the recent 11th general election.

Besides, independent candidates were elected in three constituencies in the polls held on December 30 last.

One remaining constituency will go to polls on January 27, after the election there was postponed earlier following the death of a candidate.

The Election Commission has a legal obligation to arrange the polls to the 50 reserved seats within 90 days after the gazette of general election result is published.

The directly-elected members of parliament are the voters of the election.

If the number of nominated candidates by a political party is equal to its reserved seats, the contenders will be declared elected unopposed immediate after the last date for withdrawal of candidacy.