Govt to ensure equal rights for all: PM 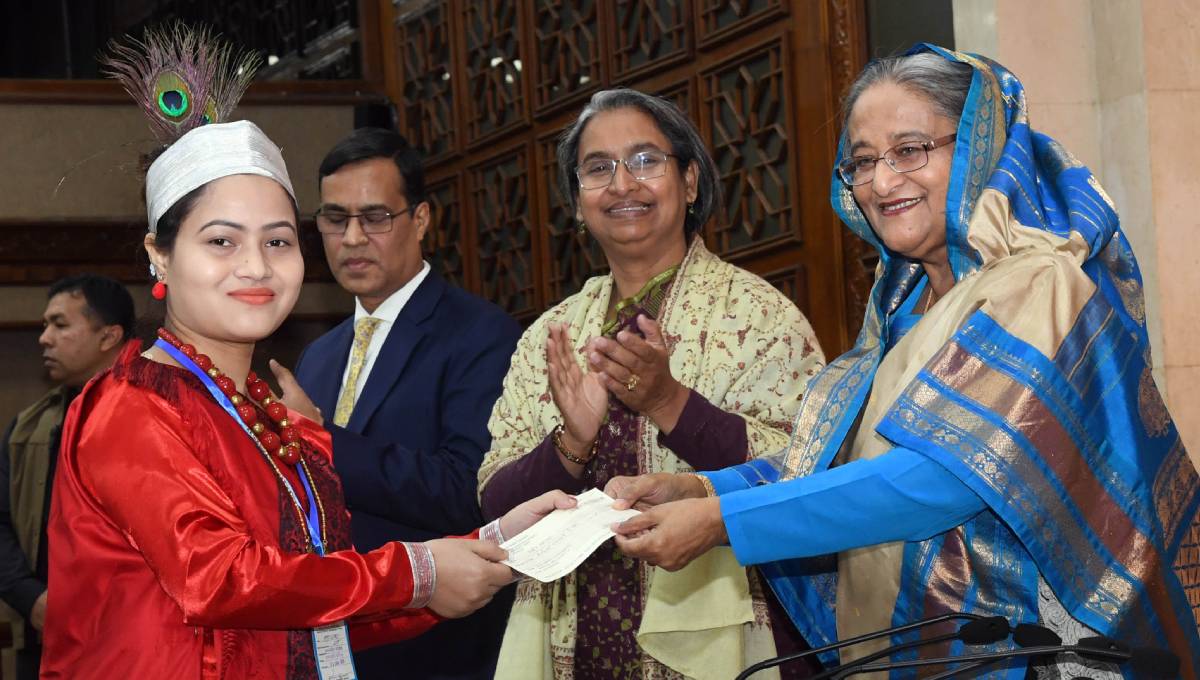 
Dhaka, Jan 31 : Prime Minister Sheikh Hasina on Thursday said her government’s goal is to ensure equal rights for all people irrespective of their religions and casts.

“There should be equal rights for all people, irrespective of their religions, race, casts and ethnic community. We want to ensure it and we’ll certainly do this. It’s our goal,” she said.

The Prime Minister said this while distributing scholarships among meritorious students of small ethnic groups at her office. The scholarships were given under a special programme initiated by Prime Minister Sheikh Hasina for the development of minor ethnic communities living in plain land.

The Prime Minister urged the small ethnic community people not to consider themselves neglected. “All will have to think themselves as the citizens of this country and everyone has equal rights,” she said.

She said her government’s goal is to change the fate of the country’s people and give them a decent live. “We’re working to this end,” she added.

Putting importance on conservation of the diversity of lifestyle of ethnic people, Sheikh Hasina urged the small ethnic groups to uphold their own culture and uniqueness.

She hoped that the participation of the people of ethnic people in the state affairs will increase in the future.

The scholarship will help the students pursue their higher studies and flourish their talent, she said.

About the natural beauty and demographic diversity of Bangladesh, she said her government has given importance to ethnic people for their socioeconomic development as well as cultural diversity.

Sheikh Hasina said the Awami League government after taking office in 1996 had successfully resolved the unrest in the Chittagong Hill Tracts (CHT), creating opportunity for the ethnic people of the region for their economic uplift.

At the same time, her government had considered the socioeconomic development of about 15 lakh ethnic people living in plain land, and took various projects to give them support economically, promote their culture and create educational and other occupational opportunities.

Under a project, the Prime Minister’s Office has undertaken an educational assistance programme for ethnic minorities living in plain land, under which they are getting the scholarship for higher education as well as general education.

The Prime Minister urged the ethnic people to strive for further development of their traditional occupation through using modern technology.

On behalf of the scholarship recipients, A Myat, a Rakhaine community student of Bangladesh University of Textile Engineering (BUET), hailing from Barguna district, also spoke on the occasion.

The scholarship was given under a project titled -‘Development Assistance for the Small Ethnic Communities Living in Plain Land’ initiated by the Prime Minister’s Office in 1996 to support the students of the ethnic community living in plan land.