Bodies of 45 Chawkbazar fire victims handed over to families 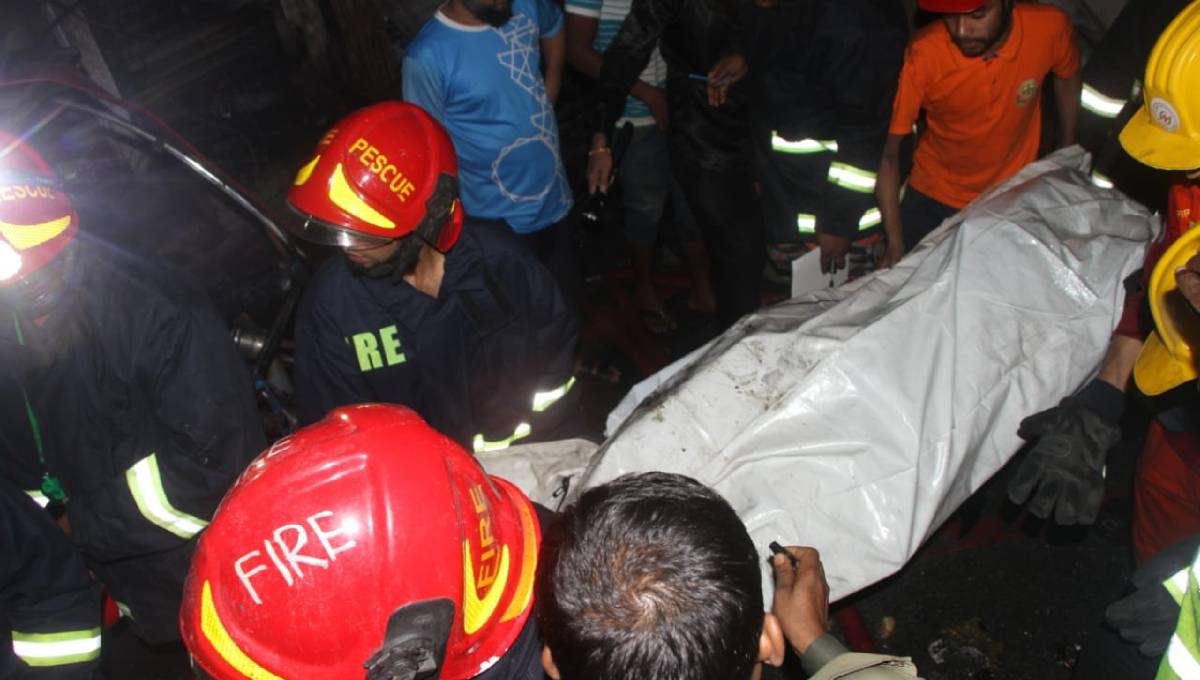 Photo: Bodies are being shifted to Dhaka Medical College Hospital from the spot with the help of locals and fire officials.

Dhaka, Feb 22 : Bodies of 45 people, out of 67 killed in the devastating fire at a chemical warehouse in the city’s Chawkbazar area, have been handed over to their respective family members.

Forty five bodies were handed over to the families of the victims as of 10 am on Friday, said DMCH camp in-charge Bachhu Miah.

Additional SP of CID (Media) Sharmin Jahan said they will start matching DNA sample of relatives of the victims (whose bodies couln’t be identified) from today.

Earlier on Thursday DMCH forensic department head Prof. Sohel Mahmud said that during postmortem they collected DNA sample of those victims whose bodies could not be identified.

At least 67 people were killed and around 41 others injured in a devastating fire that broke out at a chemical warehouse and raged through four other adjacent buildings in the city’s Chawkbazar area on Wednesday night.

Duty officer at the Fire Service Central Control Room RaselShikder told around 9pm on Thursday that the firefighters recovered 67 bodies from the spot.