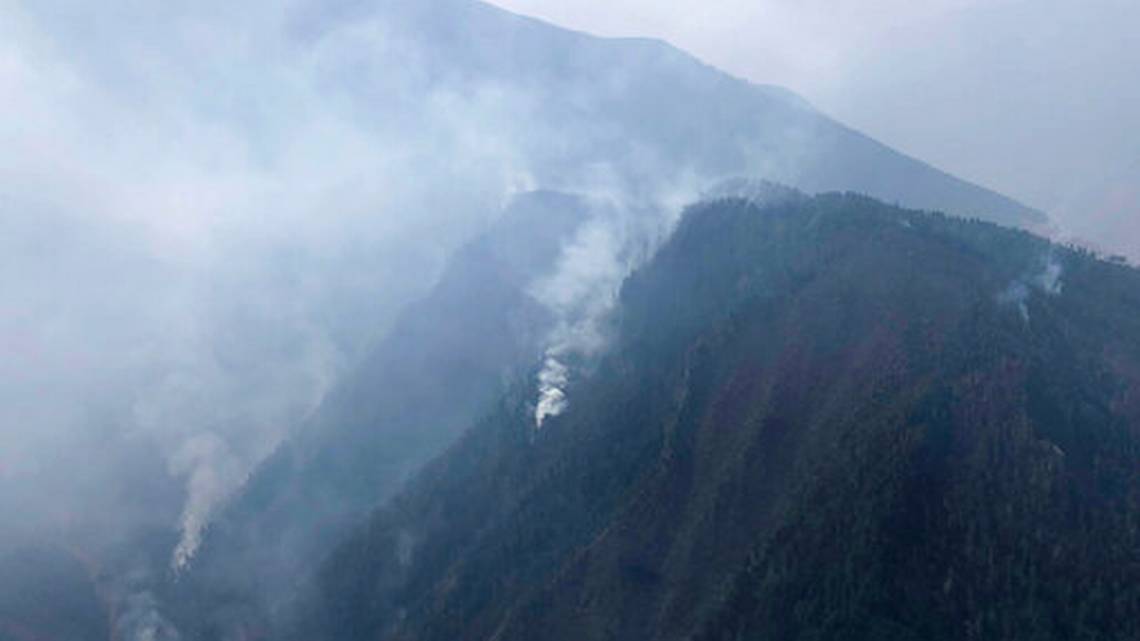 In this aerial photo released by Xinhua News Agency, smoke can be seen from a forest fire in Yalongjiang township of Muli County, Liangshan Yi Autonomous Prefecture in southwestern China’s Sichuan Province on Monday, April 1, 2019.

Acting on accounts of eyewitnesses in Sichuan province’s Muli county, investigators located an 18-meter (59-foot) pine tree split by lightning that they identified as the fire’s origin point. They said that after igniting the tree, the fire spread to the thick layer of decomposed plant material on the ground known as humus lying in a remote area at an altitude of around 3,800 meters (12,500 feet.)

The 31 died after wind, dry air and combustible material creative an explosive effect. A surviving firefighter said the fire advanced so quickly that trees on the ridge were consumed within seconds, with flames rocketing up as if “someone triggered a huge flamethrower.”

Most of the dead were in their 20s, although at least two were teenagers. One had recently married.

China has been battling forest fires in recent weeks in various parts of the vast country, including on the outskirts of Beijing. Dry weather and high winds across many northern areas are feeding the flames.

The death toll in last month’s disaster appeared to be the worst among Chinese firefighters since 2015, when an explosion at a chemical warehouse in the port of Tianjin killed 173 people, most of them firefighters and other first responders.