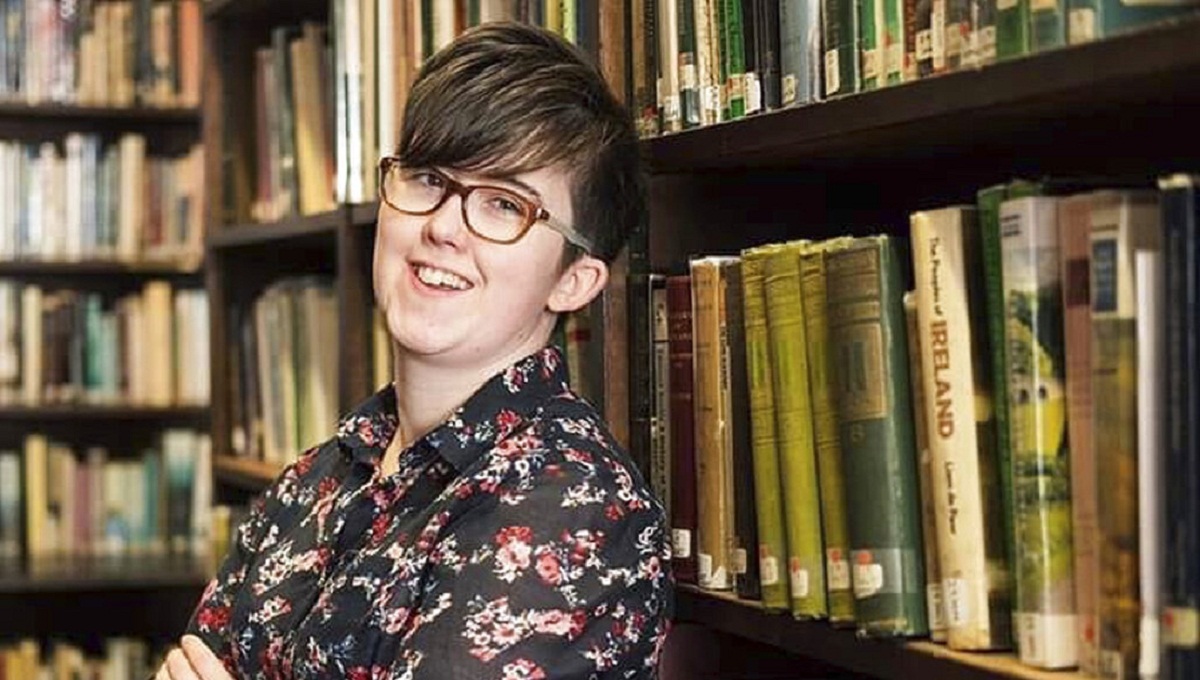 Photo : In this undated family photo made available Friday April 19, 2019, issued by Northern Ireland Police, showing journalist Lyra McKee who was shot and killed when guns were fired during clashes with police Thursday night April 18, 2019, in Londonderry, Northern Ireland. Police are investigating the shooting death of 29-year-old McKee, during street violence Thursday night.

London, Apr 19 : Police in Northern Ireland said Friday they are searching for multiple suspects in the fatal shooting of a journalist during overnight rioting in the city of Londonderry.

The dissident republican group, the New IRA, was most likely responsible for killing Lyra McKee, police said after a clear escalation in recent violence.

The Police Service of Northern Ireland said the 29-year-old journalist and author was shot and killed, probably by a stray bullet, during rioting in the Creggan area.

Assistant Chief Constable Mark Hamilton said a gunman fired a number of shots at police during the unrest Thursday evening.

“We believe this to be a terrorist act,” he said. “We believe it has been carried out by violent dissident republicans.”

Hamilton said the force’s assessment “is that the New IRA are most likely to be the ones behind this and that forms our primary line of inquiry.”

A murder investigation has been launched but there have been no arrests. Police appealed for calm to prevail on Easter weekend.

He said the violence started after police entered the area to search for weapons and that the gunman was aiming at policemen when the rioting intensified.

Mayor John Boyle said the city was united in mourning her death.

“She was bright, she was warm, she was witty, but most of all she was an outstanding individual, a great friend to so, so many people in this city in the short time that she was with us.”

The New IRA is a small group of republicans who reject the 1998 Good Friday agreement that marked the Irish Republican Army’s embrace of a political solution to the long-running violence known as “The Troubles” that claimed more than 3,700 lives.

The group is also blamed for a Londonderry car bombing that did not cause any injuries in January. It is regarded as the largest of the splinter dissident groups still operating and has been linked to several other killings in the past decade.

There has been an increase in tensions in Northern Ireland in recent months with sporadic violence, much of it focused in Londonderry, also known as Derry.

McKee, the victim of the shooting, rose to prominence in 2014 with a moving blog post — “Letter to my 14 year old self ” — describing the struggle of growing up gay in Belfast, the capital of Northern Ireland.

In the post, she described the shame she felt at 14 as she kept the “secret” of being gay from her family and friends and the love she received when she was finally able to reveal it.

McKee had recently signed a contract to write two books.

Hours before her death she tweeted a photo of the riot with the words: “Derry tonight. Absolute madness.”