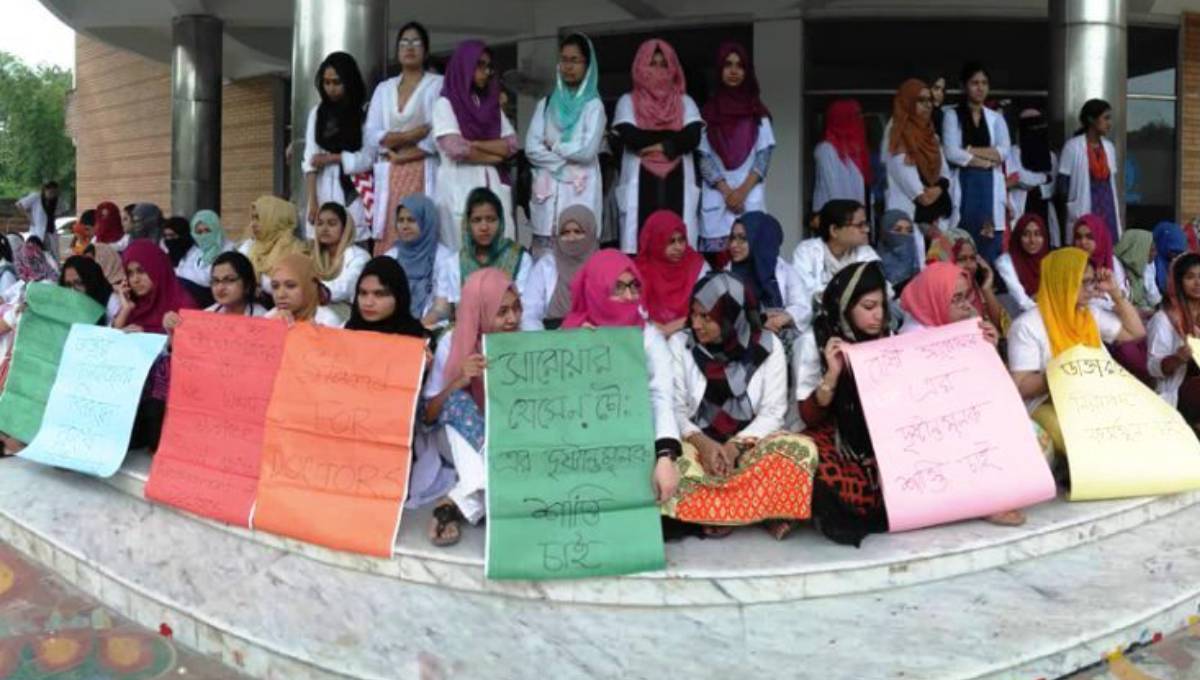 Photo: Interns at Sylhet Women’s Medical College  (SWMC) go on an indefinite strike from Saturday, May 11, 2019.

They abstained from their regular activities and held a human chain at the college’s main gate around 12:30pm. Interns at various hospitals in the city expressed solidarity and announced to join the movement from Sunday.

Chhatra League leader Sarwar Hossain threatened a SWMC intern with rape and murder on Thursday. A video of the incident went viral on social media.

Sarwar is the former vice-president of the student front’s Sylhet district unit.

Doctors at SWMC demonstrated at the hospital on Thursday night but suspended their protests after they were assured of justice.

Zedan Al Musa, deputy commissioner (media) of Sylhet Metropolitan Police, said that appropriate action will be taken after a case is filed.