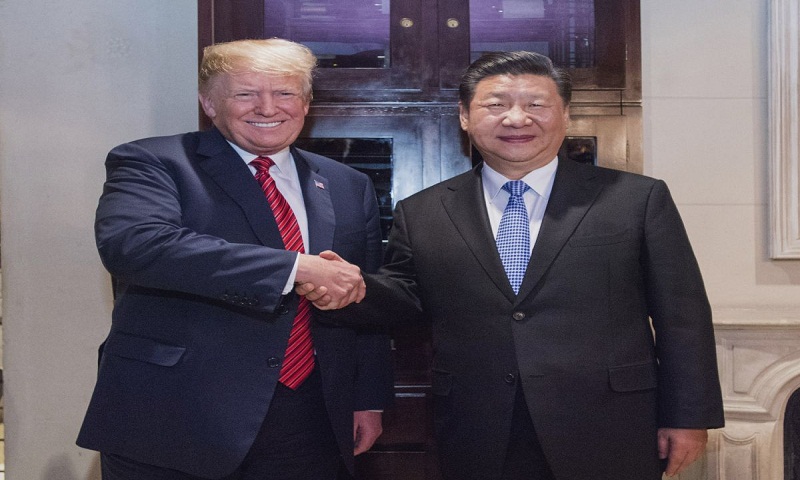 Speaking to the media at the Oval Office on Monday, Trump predicted that his meeting with Xi will likely be “very fruitful” and said he believes China wants to reach a deal, even as he vented about Beijing reneging earlier this month on key portions of the deal being negotiated between the two economic powers, CNN reported.
“We had a deal with China, it was 95 per cent there and then my representatives… they went to China and they were told that things that were fully agreed to, we’re not going to get anymore. That’s not acceptable.“I said, that’s good, that’s fine, put on the tariffs. I love the position we’re in,” Trump added.

Trump’s announcement of the meeting with Xi came after the President, earlier on Monday morning, warned that China would be “hurt very badly” if a deal to end the year-long trade war between Washington and Beijing was not reached.

In a series of tweets, he said: “I say openly to President Xi and all of my many friends in China that China will be hurt very badly if you don’t make a deal because companies will be forced to leave China for other countries.

“Too expensive to buy in China. You had a great deal, almost completed and you backed out.”

Shortly after the tweets, China announced tariffs on $60 billion in US exports from June 1, in a tit-for-tat response to Washington increasing levies on Chinese products last week.

The breakdown punctured several weeks of steadily rising optimism that the two sides were nearing a final agreement.