England chases down 359, eases to 6-wicket win over Pakistan 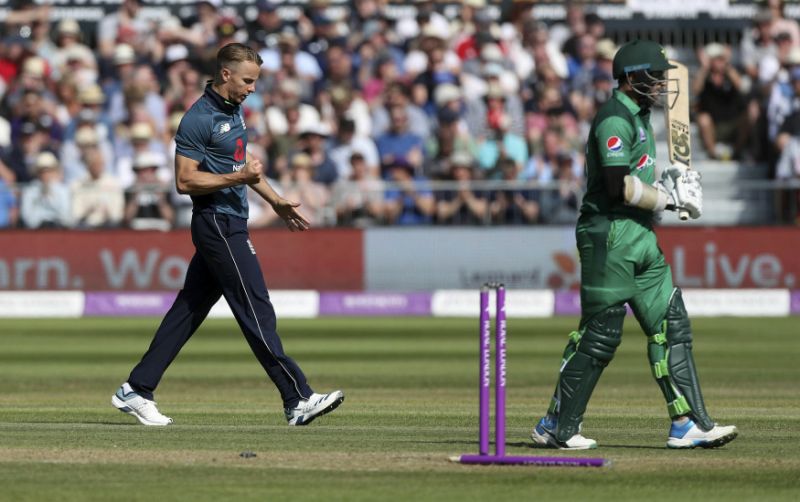 Photo: England’s Tom Curran, left, celebrates taking the wicket of Pakistan’s Imam Ul Haq, during the ODI cricket match between England and Pakistan, at the Bristol County Ground, in Bristol, England. Tuesday, May 14, 2019.

Bristol, May 15 : England’s batsmen showed they are in prime form ahead of the Cricket World Cup by chasing down a target of 359 with 5.1 overs to spare to beat Pakistan in the third one-day international between the teams Tuesday.

Jonny Bairstow struck a 93-ball 128 and had a 176-run partnership for the first wicket with Jason Roy (76), providing the platform for a comfortable six-wicket win in Bristol as England reached 359-4 for its second-highest run chase.

The English, who host the World Cup starting May 30, rested Jos Buttler and Adil Rashid, while paceman Jofra Archer — looking to stake a claim for a place in the World Cup squad — didn’t start for the second straight game.

Pakistan, which lost the second ODI by 12 runs after the first match was rained off, made 358-9 mainly thanks to Imam-ul-Haq’s 151 off 131 balls. Asif Ali (51) was the other player to make a half-century.