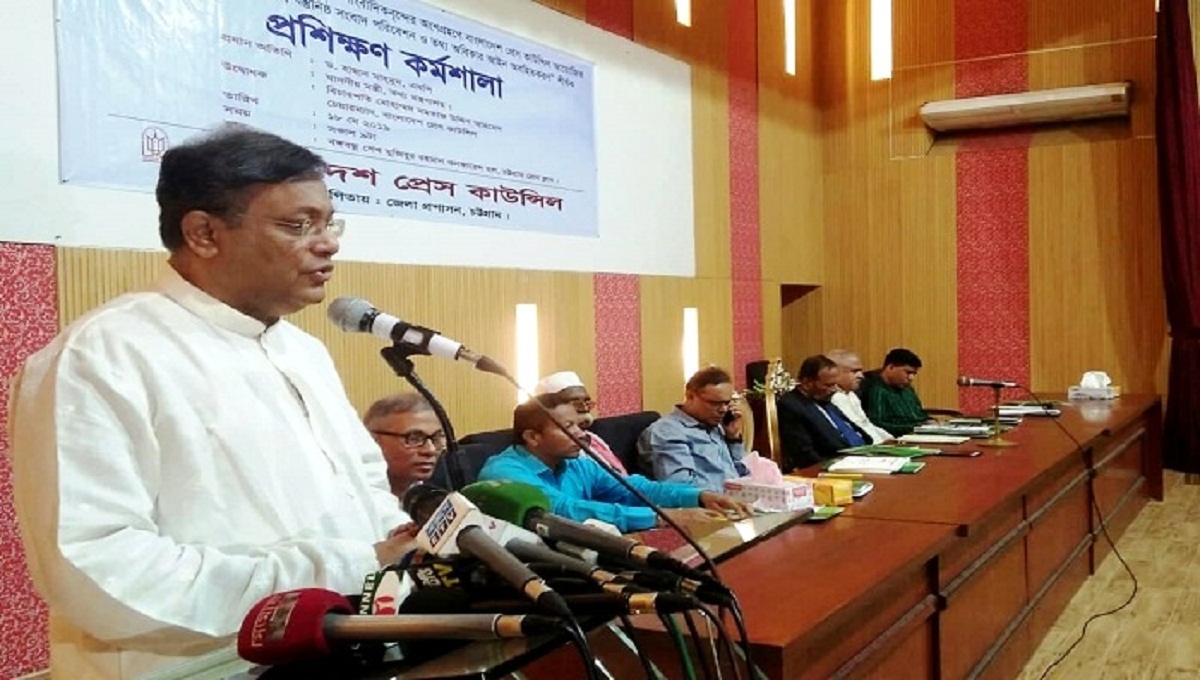 Chattogram, May 18 : Information Minister Dr Hasan Mahmud on Saturday said the government is working to bring online media under discipline and sought cooperation from journalist unions and press clubs to this end.

“One opens an online portal and gives cards to five others…this can’t happen. Online media should be brought under discipline and work also began in this regard,” he said while addressing a workshop at Chittagong Press Club as the chief guest.

Bangladesh Press Council in cooperation with the district administration arranged the workshop for journalists of print and electronic media.

The minister said different agencies have placed their reports on several online portals and they are working on those.

He said steps are being taken to enhance the capability of the press council.

Hasan Mahmud also lamented that there are now less investigative reports compared to the past although those open the ‘third eye’ of society.

In his welcome speech, Bangladesh Press Council Chairman Justice Md Mamtaz Uddin Ahmed said it will have to be decided first who will be journalists. “Or else, it’ll not be possible to protect the dignity of the profession.”

He also underscored the need for ensuring independence and protection of journalists.