Equities, pound and oil sink in Asia on trade and Brexit woes 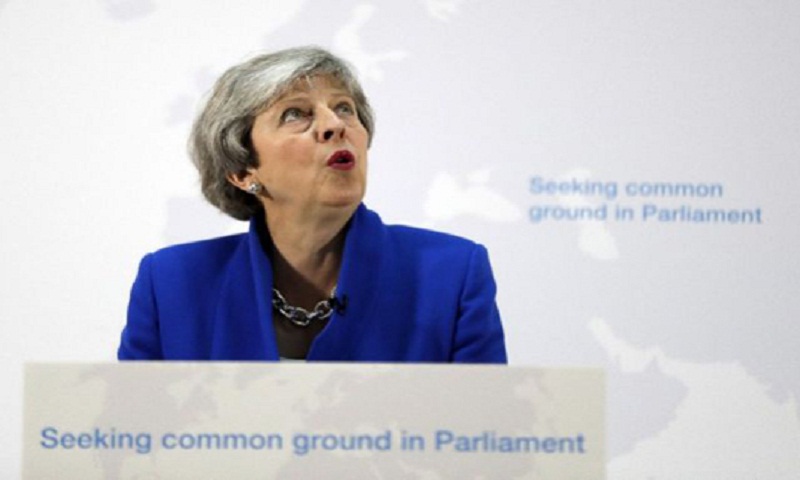 Asian equities tumbled Thursday as China-US trade frictions continue to dog investors, while the pound hit a fresh-four-month low on Brexit worries and energy firms were battered by plunging oil prices.
Markets across the region were in the red as traders ran to the hills, with no signs of a break in the tariffs stand-off between the world’s top two economies keeping optimism in check.The heavy selling comes after a relatively sedate couple of days in Asia and follows losses on Wall Street, with warnings that more volatility is expected for some time.

Tensions between China and the US have increased after Donald Trump banned telecoms giant Huawei from the US market and prevented American firms from selling to it.

The move has led a number of companies around the world to cut back their business with the firm, including Google, Japan’s Panasonic and BT in Britain, among others.

The row, which has seen the trade war widen to also become a battle over technology, has hammered the sector with major firms seeing their valuations tumble in recent weeks.

“As ever, the sentiment is vulnerable to headline flashes on trade, and we can expect this sort of flip-flopping in sentiment daily until more clarity emerges on any progress on the US-China trade front,” said OANDA senior market analyst Jeffrey Halley.“In the bigger picture, equities may find upward momentum difficult on a consistent basis, while the trade picture and its knock-on effects remain so cloudy.”

Hong Kong was among the worst performers with the Hang Seng Index diving 1.4 percent, Shanghai 1.1 percent lower and Tokyo down 0.8 percent at lunch.

Taipei was more than one percent off while Seoul shed 0.6 percent and Manila fell 0.4 percent.

“Markets are expecting something to happen around the G20” next month, Steven Englander, at Standard Chartered bank, told Bloomberg TV.

“There is still the expectation that there is going to be a deal, even if it’s not a terribly friendly deal.”

Forex traders were offloading the pound as Prime Minister Theresa May faces being ousted after her revised plan to push through her Brexit agreement faced a barrage of criticism making it unlikely to be passed by MPs.

Her political career appeared to be in tatters after Andrea Leadsom — one of the cabinet’s strongest Brexit backers — resigned over May’s handling of the crisis, while members of her Conservative party are said to be planning ways to force a no-confidence vote in the premier.

With May expected to be gone even before June, there are concerns she will be replaced by a hardline Brexiter, making it increasingly likely Britain will leave the EU without a deal.

Energy companies were taking a hit after oil prices tanked on news of another sharp rise in US inventories, which added to worries about demand.

Both main contracts plunged Wednesday, and extended losses in Asia, on the surprise increase, with downward pressure also coming from concerns about the impact of the trade war on the global economy.