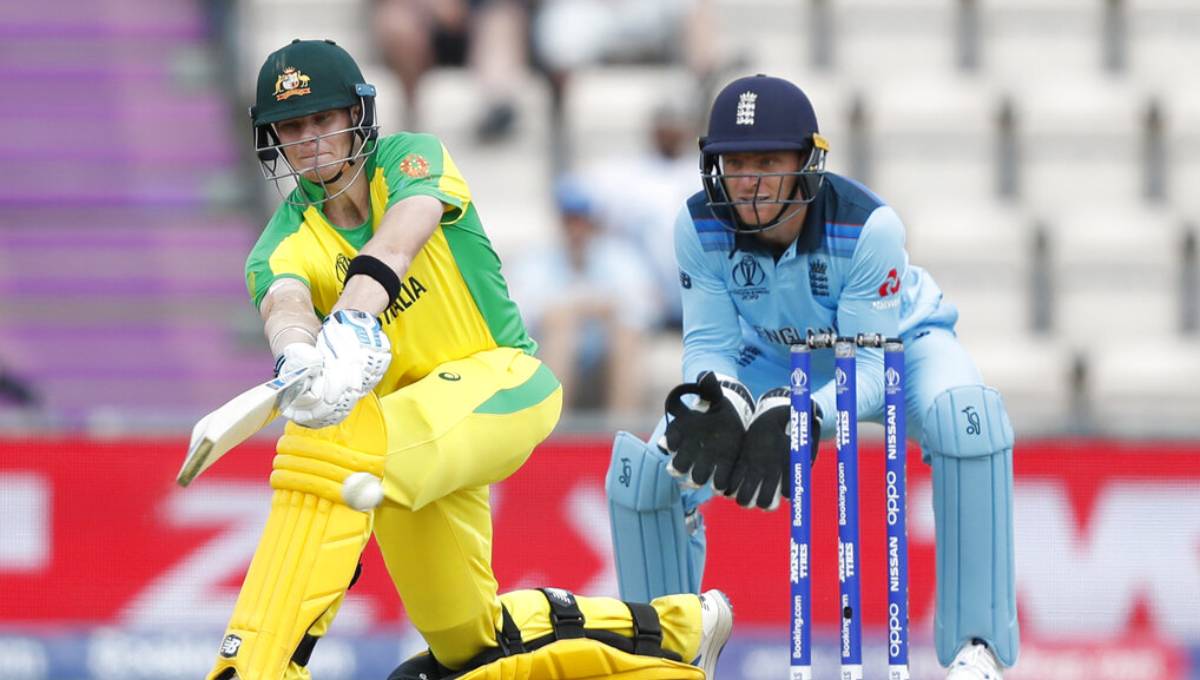 Photo: Australia’s Steve Smith plays a shot during the Cricket World Cup warm up match between England and Australia at the Rose Bowl in Southampton, England, Saturday, May 25, 2019.

London, May 26 : A century by Steve Smith led Australia to a 12-run win over England, and New Zealand made short work of India at the Oval in Cricket World Cup warmup matches on Saturday.

New Zealand won by six wickets a game of only 78 overs.

With Australia made to bat first in Southampton, Smith walked in at 82-2 after opener David Warner was out for 43, caught at deep midwicket. Smith hit 116 off 102 balls, including three sixes and eight boundaries.

He was out, caught and bowled by medium-pacer Tom Curran on the penultimate ball of the innings. Australia made 297-9, and England was dismissed for 285 with three balls left.

The top seven England batsmen made starts, but only James Vince (64) and stand-in captain Jos Buttler (52) scored more than 40.

India, which chose to bat first, was 115-8 until Ravindra Jadeja hit 54 and combined with Kuldeep Yadav for 62.

Virat Kohli was bowled by medium-pacer Colin de Grandhomme on 18, beaten by a ball which cut in late.

The warmup results are unofficial as they’re 13-a-side ODIs.

On Sunday, Bangladesh and Pakistan meet in Cardiff, and South Africa face the West Indies in Bristol.