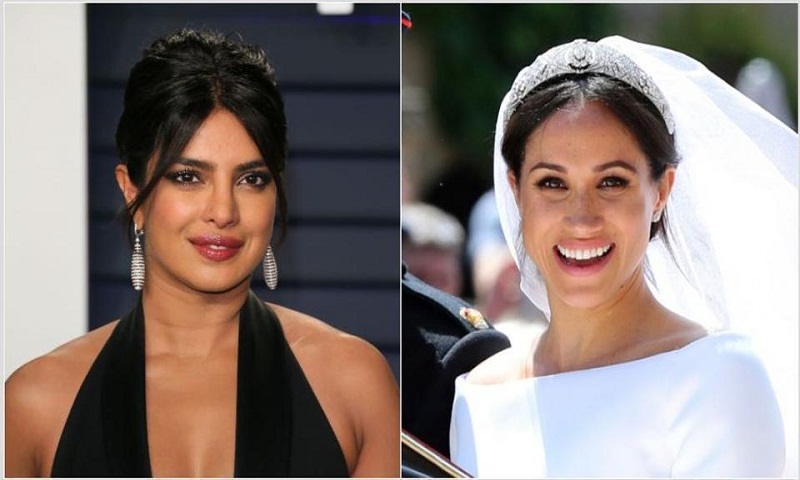 Actor Priyanka Chopra has met her friend and Duchess of Sussex Meghan Markle and her son Archie, say reports. According to a report in The Sun , Priyanka and husband Nick Jonas met them over the weekend at Frogmore Cottage, Berkshire, England.
It also claimed that Priyanka and Nick picked up a number of baby gifts from the posh jewellers, Tiffany & Co. One of the gifts was a sterling silver bubble blower worth $250.The reports quashed previous rumours that she was upset with Meghan for skipping her wedding to Nick last December in India. A PageSix report claimed earlier this year that Priyanka did not attend Meghan’s star-studded baby shower in New York because she was upset.

Priyanka, however, had refuted the rumours on American show, Watch What Happens Live! When asked whether she was upset that “Meghan Markle skipped your wedding to Nick Jonas?” Priyanka laughed and responded said, “Oh my God. No it’s not true.”

Priyanka returned to the US a while back after spending some time in India in March. She completed the shoot of her upcoming Bollywood film Sky Is Pink that also stars Farhan Akhtar. The film is directed by Shonali Bose. Since then Priyanka has wowed audiences with her appearance at this year’s Met Gala Show and later at her debut at Cannes.