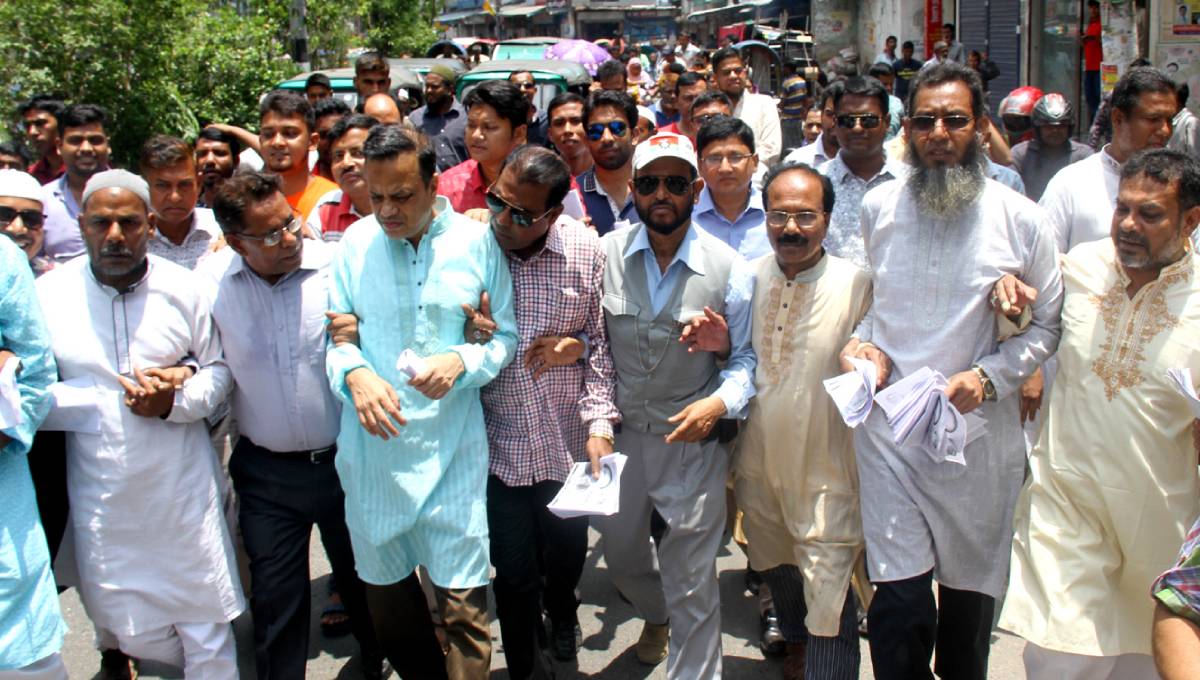 The by-election is scheduled for June 24.

The candidates started electioneering right away to make use of the Eid-ul-fitr festival and reach as many people as possible.

BNP’s Secretary General Mirza Fakhrul Islam Alamgir had won the seat in the December 30 election but chose not to take oath of office. Subsequently, the parliamentary seat was declared vacant on April 30.

The Election Commission announced the polls schedule on May 8.

As many as 3,87,458 voters are expected to exercise their franchise at 141 stations of 11 unions in Sadar upazila. June 3 is the last date for the withdrawal of candidature.