Defence is perhaps the best attack against England: Mashrafe 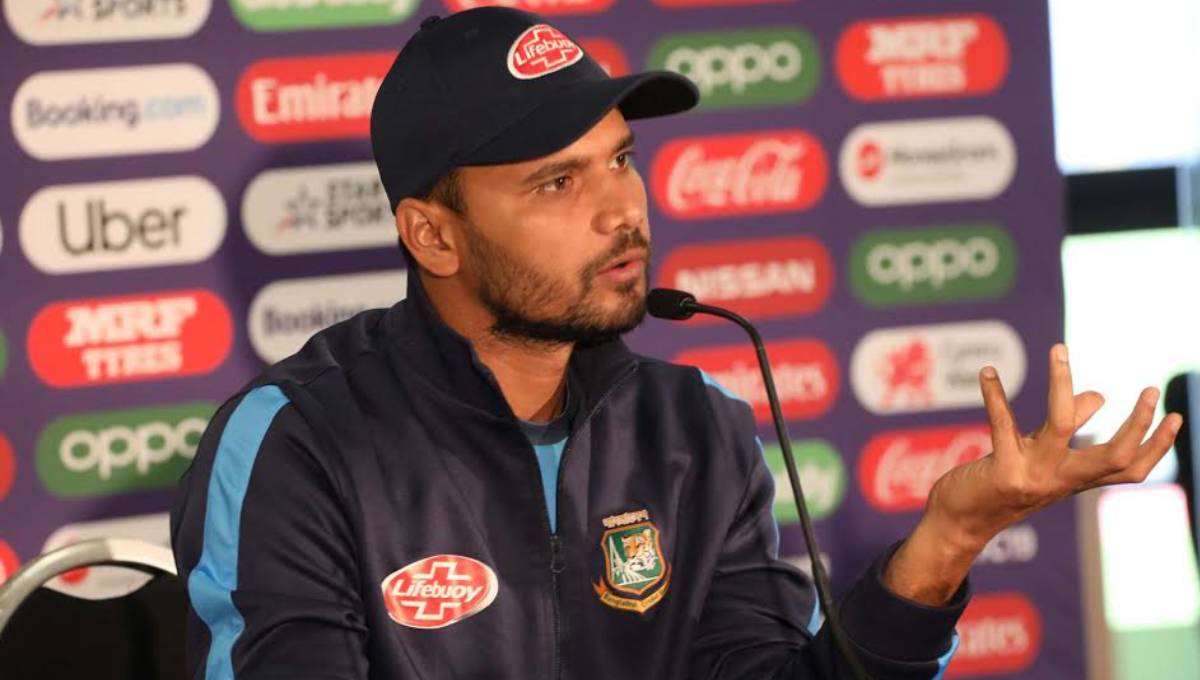 Cardiff, Jun 8 : Bangladesh are all set to face England in their third World Cup game today at the Sophia Garden, Cardiff.

Tigers are eager to replicate their performance from the last World Cup when they defeated the Lions. However, before taking on England again, Bangladesh captain Mashrafe Bin Mortaza said that defencewould perhaps be the best attack against a team like England.

“We must wait for our chance in this match. AttackingEngland could bring more damage for us. So defence is perhaps the best attack against them. Let them play according to their strength, we’ll surely find a weakness,” Mashrafe told the media on Friday.

Bangladesh started their World Cup assault beating South Africa by 21 runs. The win in the first match was expected to set the tone for the Tigers. However, they lost the second game to New Zealand by two wickets.

England, on the other hand, won their first World Cup match against South Africa as well. But they suffered a big blow against Pakistan losing by 14 runs.

“It’s a fresh game. Both teams are keen to start it well from the first ball. The previous record has nothing to do here. If we had lost previously, that won’t have had any impact on this game as well,” Mashrafe said.