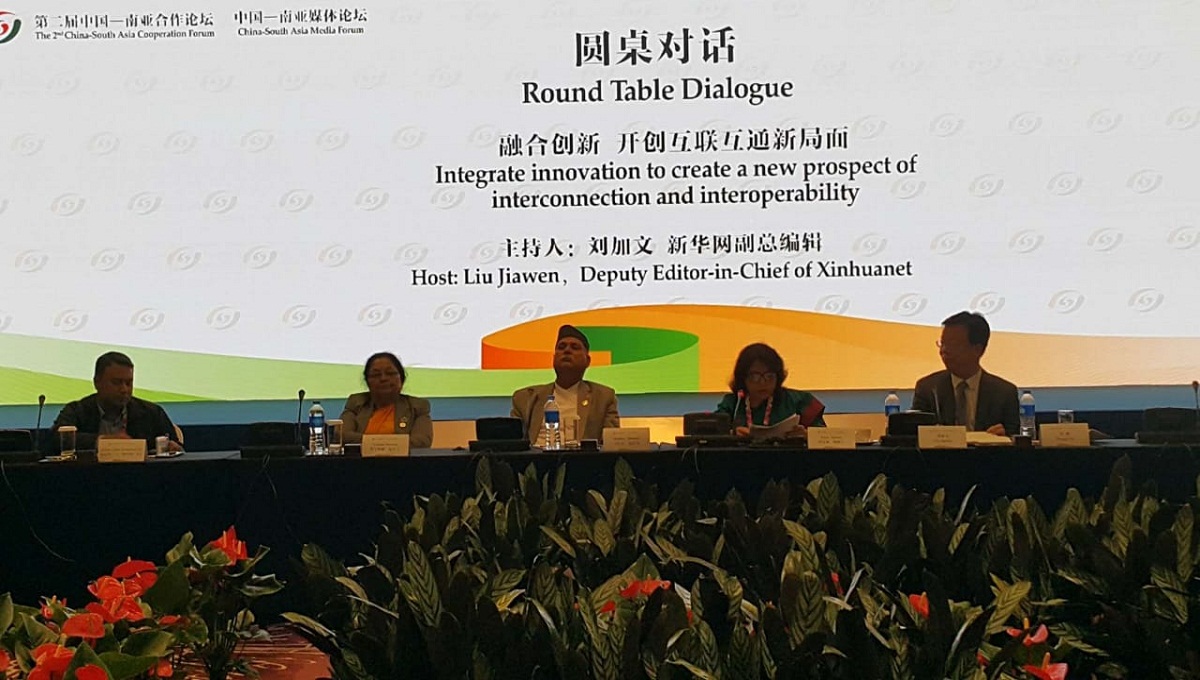 Yuxi City (Yunnan), June 12 : Bangladesh has raised the Rohingya issue in an international media forum here and sought more Chinese and other Asian nations’ involvement to solve the Rohingya crisis for regional peace and stability.

Bangladesh stressed that the Rohingya crisis needs to be solved permanently ensuring safe return of Rohingyas to their place of origin in Myanmar’s Rakhine State.

Speaking at the roundtable dialogue of the Forum, Tania Naznin said, “We expect more Chinese and other Asian nations’ involvement to solve the Rohingya crisis.”

She requested the media people in China and other countries to visit Rohingya camps in Cox’s Bazar district and report on the ground situation.

Bangladesh is now hosting over 1.2 million Rohingyas and majority of them entered Bangladesh since August 25, 2017.

The speakers highlighted the challenges of the media industry, digital transformation; and laid emphasis on cooperation to create new communication order.

They said history has taught a lot to work together and live together addressing challenges.

The journalists said if they work together, regional development is possible.

Over a hundred of professionals and experts attended the Media Forum that aims to strengthen media cooperation for people-to-people exchange among China and South Asia countries.

“China and South Asian countries are connected both geographically and culturally,” said Tian Shubin, Vice President of China Federation of Internet Societies and Chairman as well as President of Xinhuanet.

He said media should contribute more to all-round, multi-layered and wide-ranging cooperation among countries as the bridge connecting different civilizations.

Tian also proposed the participants set up a fair and reasonable communication order, build a platform of interconnections and meet the challenges of media developing together.

Madhav Sharma, Language and Culture Advisor to the President of Nepal, said China’s Belt and Road Initiative can be a great support for media cooperation, on the basis of improving the understanding and emotional attachment among participating countries.

For the purpose, he called for a closer and broader media cooperation.

“We are ready to closely cooperate with friends from South Asian media,” Wang said.

Akram Mir said people-to-people exchange builds relationships across cultures and helps the exchange of thoughts and skills of all kinds, and it is closely tied up with media cooperation.

“The stronger the media cooperation is, the better the people-to-people exchange can be,” he said.

Wijeyarathne said China is playing a significant role in bringing people in both China and South Asia countries together by providing a communication platform to media professionals.

The newest media technology and application developed in China and South Asia were shared as a specific way for promoting media cooperation.

2019-06-12
Mr. Admin
Previous: Bangladesh through to World Cup qualifiers after goalless draw against Laos
Next: Mount pressure on Myanmar: Bangladesh to diplomats