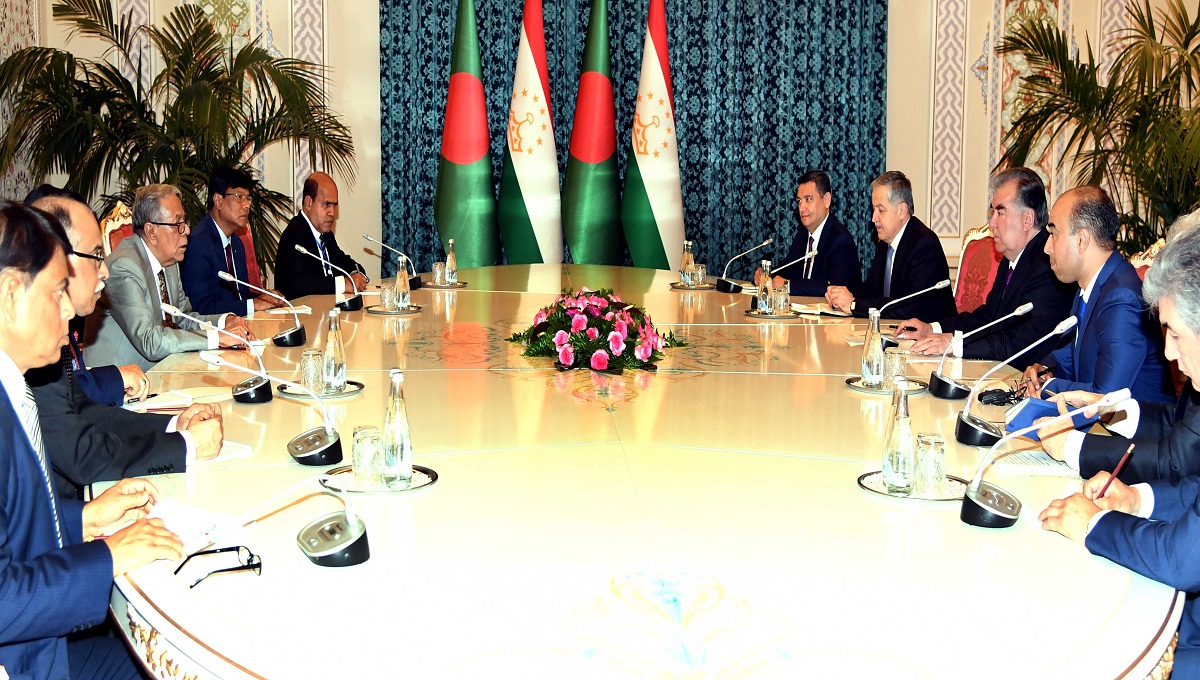 President Abdul Hamid speaks at the 5th Summit of Conference on Interaction and Confidence Building Measures in Asia (CICA) in Dushanbe on Thursday. Photo: PID

The President came up with the call when he met Tajikistan President Emomali Rahmon in Dushanbe on Thursday.

During the meeting, the two sides also laid emphasis on forming a joint working group for utilising the potential sectors of Bangladesh and Tajikistan.

President Abdul Hamid said, “Bangladesh has adopted a zero-tolerance policy against terrorism and militancy. The two countries will work together for sustainable development and progress.”

Mentioning that Bangladesh and Tajikistan support each other in international and regional fora, Abdul Hamid said, “The bilateral relations between the two countries will be strengthened further.”

The President is scheduled to go to Uzbekistan on June 16 and is expected to return home on June 19.