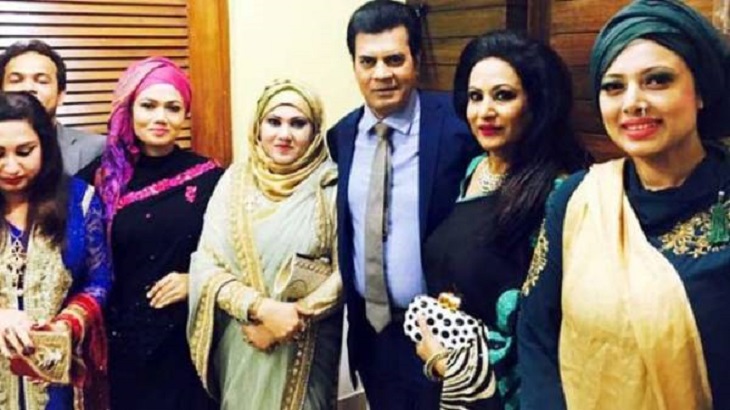 Legendary actor Ilias Kanchan and also the chairman of the popular social movement ‘Nirapad Sarak Chai’ is now staying in London with full family.
He set for London on Saturday (June 15) and is scheduled to return home on June 29.

He was accompanied by his only son Mirajul Moin Joy, son-in-law Faria Fateh and his beloved grandson-granddaughter.Before leaving the Dhaka airport, he said to media that the visit for that time was only for passing family time with her lone daughter living in London.

Besides, the Ekushey award winning actor was set to finish some pending deeds regarding his movement ‘Nirapad Sarak Chai’.

It should be mentioned here that the hero’s lone daughter Ema is settled in London with her husband and only daughter.

The noted actor, widely famed for his movie titled ‘Beder Meye Josna’, sought prayers for the wellbeing of his family members.