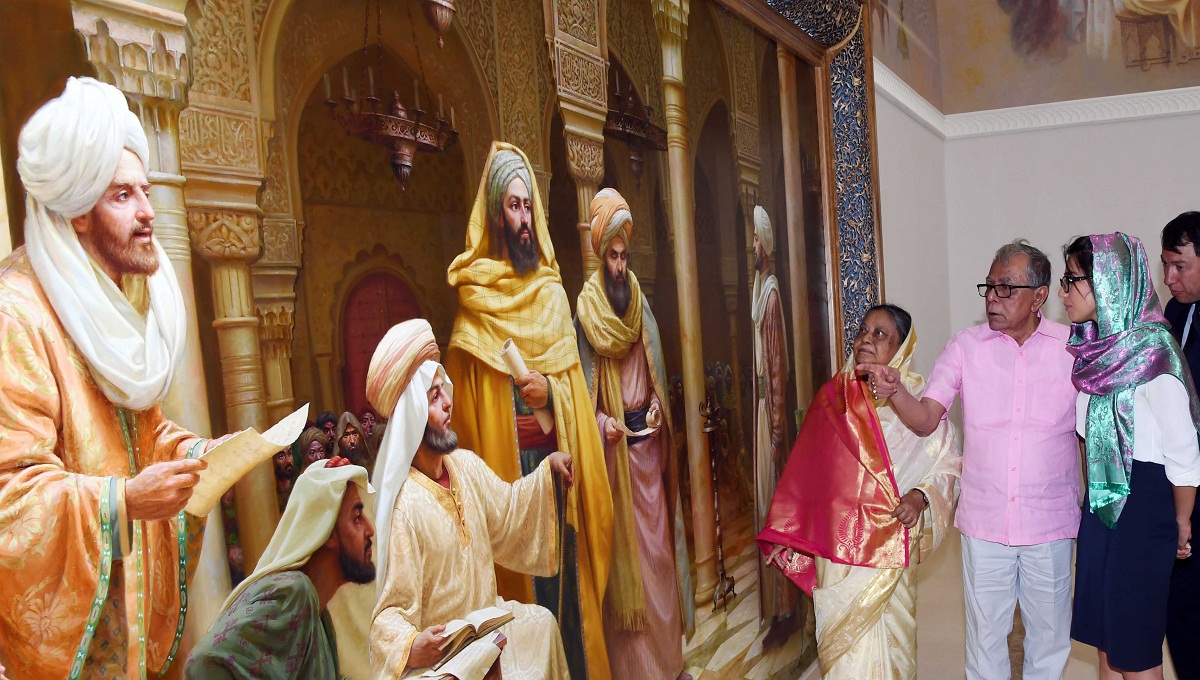 He also visited the Imam Bukhari (R) International Science and Research Center there.

The head of the state offered fateha at the grave of the country’s first president Islam Karimov at Hazrat Khaza Khizir (AS) Mosque complex.

He also paid tribute to him by placing wreath at his grave.

President Hamid is now in Uzbekistan as part of his seven-day visit to Tajikistan and Uzbekistan.

The President and First Lady Rashida Khanam reached Samarkand by a bullet train at 10:03am.

President Hamid also attended a luncheon hosted by the governor at the former residence of late first Uzbek president at Samarkand.

He also visited Amir Temur’s Mausolem and some other historical venues which depicted the national customs and culture of Uzbekistan.

The President left Dhaka for Tajik capital Dushanbe to attend the fifth CICA summit on June 13 and from there he flew to Uzbekistan on June 16.

He is expected to return home tomorrow evening by a special flight of Biman Bangladesh Airlines.