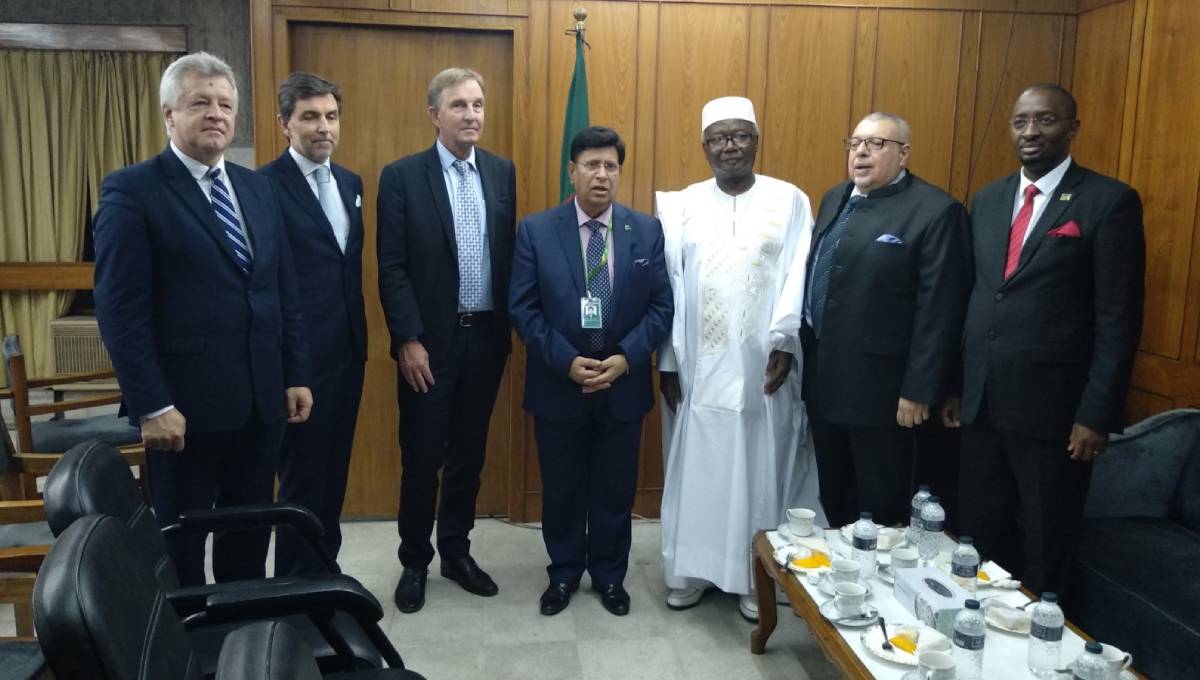 The newly-appointed Ambassador and High Commissioners of the six countries jointly met Dr Momen at his Parliament office on Thursday. Photo: Courtesy

Foreign Minister Dr AK Abdul Momen informed the envoys of these countries about the positive atmosphere for investment in Bangladesh with high prospects of return.

He particularly mentioned that sector like agro-based industries in Bangladesh will be a prospective area for investment as Bangladesh has been producing surplus agro-products.

The newly-appointed Ambassador and High Commissioners of the six countries jointly met Dr Momen at his Parliament office on Thursday following their presentation of credentials to President Abul Hamid, said the  Foreign Ministry on Friday.

The Foreign Minister briefed the newly-appointed envoys about the remarkable level of development that Bangladesh has been able to achieve under the dynamic and dedicated leadership of Prime Minister Sheikh Hasina.

He informed them that Bangladesh, which was once considered as one of the weakest economies in the world, now has been able to earn commendable socioeconomic progress.

He highlighted Bangladesh’s achievement in various social indicators as well as the huge success of the government in poverty alleviation.

The Namibian High Commissioner briefed Dr Momen about the democratic elections in Namibia and the continued economic development of the country.

He informed that Namibia maintains enough regional cooperation with its neighbouring countries which is important for peace and development.

He also informed that Namibia has been hard hit by drought as a result of climate change effects.

The Foreign Minister mentioned that fighting the effects of climate change is a major global challenge.

Therefore, he said, the global community should make concerted efforts to fight this common menace.