Parliament passes Finance Bill with changes in some proposals 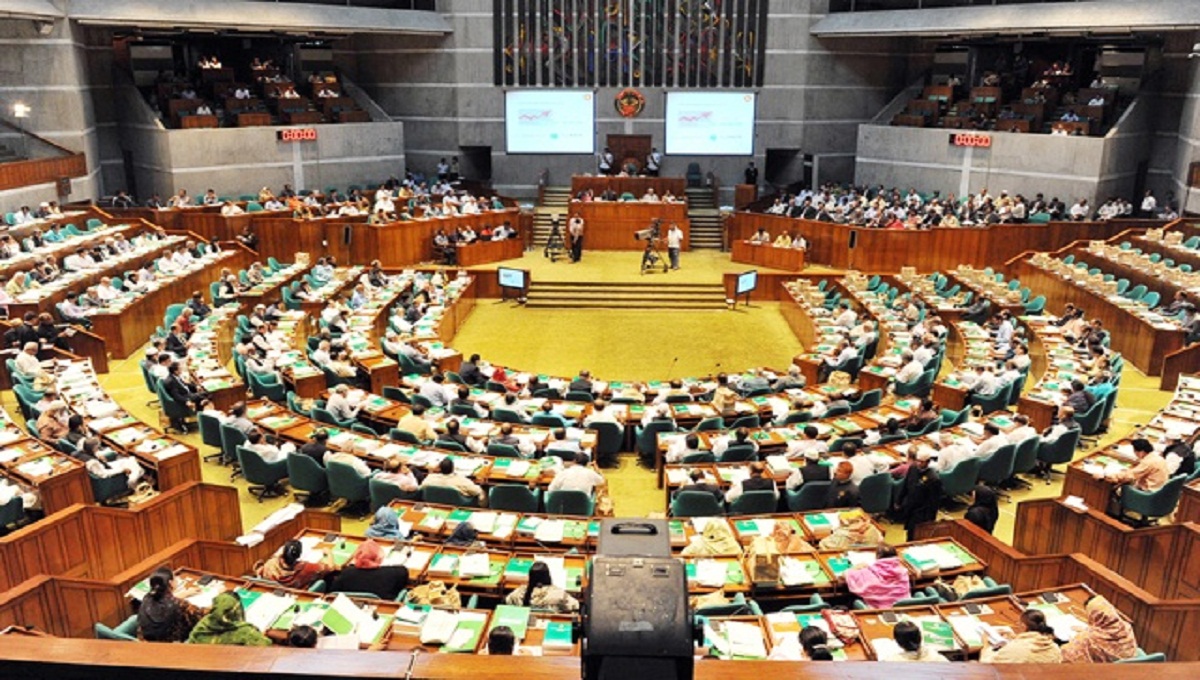 Dhaka, June 29 : Parliament on Saturday passed the Finance Bill 2019 with some changes in the proposals over the capital market, VAT and handloom industry.

For the first time in Bangladesh’s history, Prime Minister Sheikh Hasina moved the Bill following a request from Finance Minister AHM Mustafa Kamal. The finance minister made the request as he was unable to move it due to his sickness.

Taking part in the general discussion on the proposed budget, the Prime Minister said the government has fixed 2030 for achieving the sustainable development goals (SDGs) while 2041 to make the country a developed one. “For this and implementing our election manifesto, this pro-people, pro-development and balanced budget will act as an effective tool,” she said.

“To protect the interest of small investors, the budget proposed imposing 15 percent tax on stock dividend distributed to shareholders by any listed company. But some of the business community raised their objection to this. This will raise their cost of capital and financial expenses while they’ll be discouraged to invest,” Sheikh Hasina said.

She said banks and financial institutions informed that as per the demand of Bangladesh Bank, the listed companies cannot give the cash dividend due to increase in the paid-up capital.

In the proposed budget, she said, the government has imposed 15 percent tax for a company if its retained earnings and reserve exceed 50 percent of its paid-up capital.

“But the businesses raised their objection saying accumulated profit is usually invested in companies, its expansion and development while capital is needed for the expansion and reform of the local and foreign companies,” she said.

But she said paying profit to investors has to be there in mind.

She said businessmen providing VAT at lower than 15 percent rate will be able to claim rebate which was not proposed in the original budget placed in Parliament on June 13.

In the budget, the government proposes imposition of 5 percent, 7.5 percent and 10 percent VAT on specific goods and services apart from the standard VAT rate of 15 percent. In addition, it wants to impose specific tax on some services and products such as key construction material rod and newsprint. It has also suggested continuing the existing 2 percent and 2.4 percent VAT at the trading stage of petroleum and pharmaceuticals.

It also said businesspeople will not be able to avail themselves of input tax credit if they pay less than 15 percent VAT.

To protect the local handloom industry, the Prime Minister proposed imposing Tk 4 as VAT on per kilogram thread which was 5 percent in the proposed budget.

She also said the government will bring logical changes to import duties on papers that are not produced in the country.

Sheikh Hasina said everyone will be benefitted by the budget. “This budget will help us go forward keeping the pace of ongoing development on to build a happy, develop and a prosperous country.”

She also said the government has attained the quality of upgrading Bangladesh into a middle-income country by successfully implementing the ‘Vision 2021’ and it is heading forward to achieve the SDGs by 2030 and build a developed country by 2041.

“We all under the leadership of Prime Minister Sheikh Hasina have relentlessly been working to take the country to a position from where no nation will be able to derail our development trend.”

He said Bangladesh will reach a position by 2030 when it will not take foreign debt; rather provide debt to others.

At the outset of his speech, the finance minister said he was caught by dengue on June 10 and described his difficulties he faced while placing the proposed budget in Parliament on July 13.

In response, the Prime Minister hinted that BNP has deposited money in Swiss Bank which it amassed through nomination business in the December 30, 2018 national election. “We have information that BNP gave nomination to 692 candidates in 300 seats in the 2018 election. More than three or two candidates were given nomination in each constituency. Where did they deposit that money gotten from nomination business? You will get the idea of statistics of Swiss Bank account if you look into the matter,” she said.

Speaking on her proposal, BNP MP Rumeen Farhana said the proposed budget is not a pro-people one as it is aimed at making rich people richer and the poor people poorer.

She also mentioned that Bangladeshis’ deposits in Swiss banks have increased a lot in the recent times.

She said the loan default culture would have stopped had the democratic government remained in power. “We have already taken some measures and are also taking steps to stop it,” she added.

On the budget proposal of giving scope to whiten black money, Sheikh Hasina said her government will certainly take measures if there is rise in corruption practices following the scope.

Later, the bill was passed by voice vote.

The bill was introduced in the House on June 13.

Later, the proposals for publishing the bill for eliciting public opinions and amendments were rejected by voice vote.