Chader Kona to get govt job 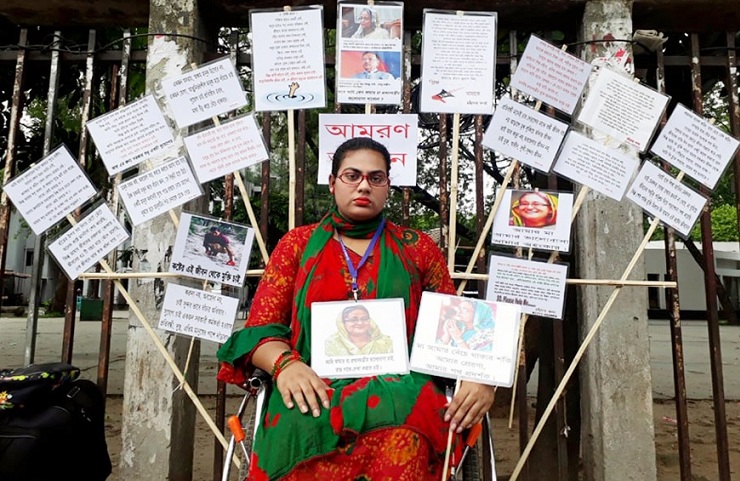 Mahbuba Hoque Chader Kona, a woman with walking disabilities, is going to get a government job as Prime Minister Sheikh Hasina’s Special Assistant Biplab Barua promised to give it to her on Saturday.
Mentioning that the prime minister is aware of her (Kona’s) demand, Biplab Barua said suitable government job will arranged for Kona.

Chander Kona, a woman from Sirajganj demonstrated a hunger strike for four days for government job outside the National Press Club in Dhaka since Wednesday.Kona achieved her masters degree with first class six years ago bud she did not get job yet.

2019-06-30
Mr. Admin
Previous: Sport has a strong unifying power: Speakers
Next: At least 4 killed in shooting at bar in Rio de Janeiro state