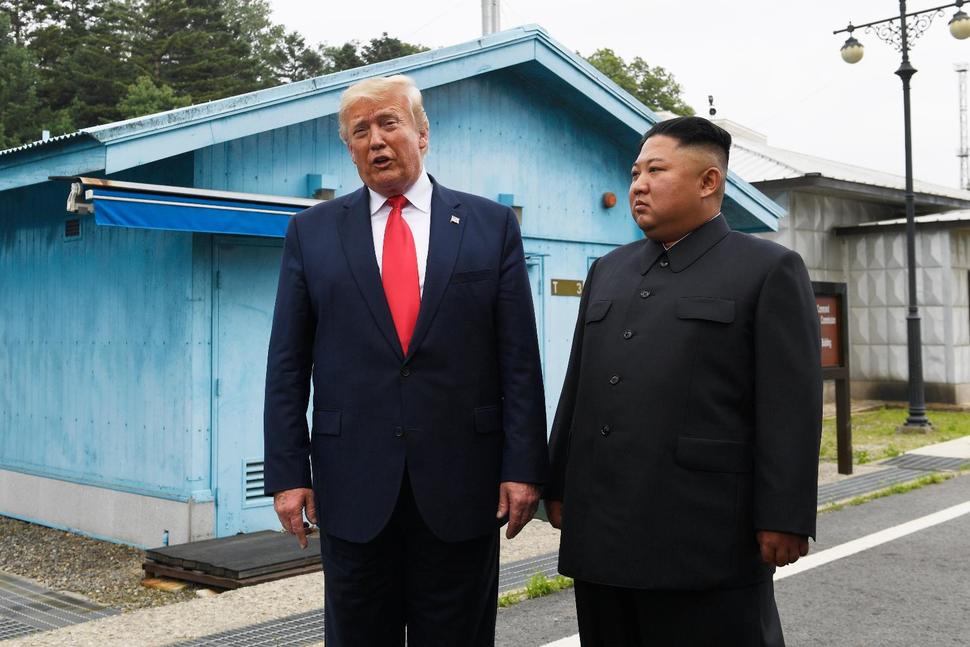 Panmunjom, Jun 30 : With grins and handshakes, President Donald Trump welcomed North Korea’s Kim Jong Un at the heavily fortified Demilitarized Zone Sunday, seeking to revive talks on the pariah nation’s nuclear program in a bid for a legacy-defining accord. Trump then became the first American leader to step into North Korea.

The brief photo-op, another historic first in the yearlong rapprochement between the two technically warring nations, marks a return to face-to-face contact between the leaders since talks broke down during a summit in Vietnam in February. But it does little to erase significant doubts that remain about the future of the negotiations and the North’s willingness to give up its stockpile of nuclear weapons.

Trump’s brief crossing into North Korean territory marked the latest milestone in two years of roller-coaster diplomacy between the two nations, as personal taunts of “little rocket man” and threats to destroy the other have been ushered out by on-again, off-again talks, professions of love and flowery letters.

“It’s a great honor to be here,” Trump said, “It is a great day for the world.” Kim hailed the moment, saying of Trump, “I believe this is an expression of his willingness to eliminate unfortunate past and into a new future.”

Peering into North Korea from atop Observation Post Ouellette, Trump told reporters that there has been “tremendous” improvement since his first meeting with the North’s leader in Singapore last year.

Trump claimed the situation used to be marked by “tremendous danger” but “after our first summit, all of the danger went away.”

But North has yet to provide an accounting of its nuclear stockpile, let alone begin the process of dismantling its arsenal.

The meeting at the truce city of Panmunjom also represented a striking acknowledgement by Trump of the authoritarian Kim’s legitimacy over a nation with an abysmal human rights record.

Trump’s summit with Kim in Vietnam earlier this year collapsed without an agreement for denuclearizing the Korean Peninsula. He became the first sitting U.S. president to meet with the leader of the isolated nation last year, when they signed an agreement in Singapore to bring the North toward denuclearization.