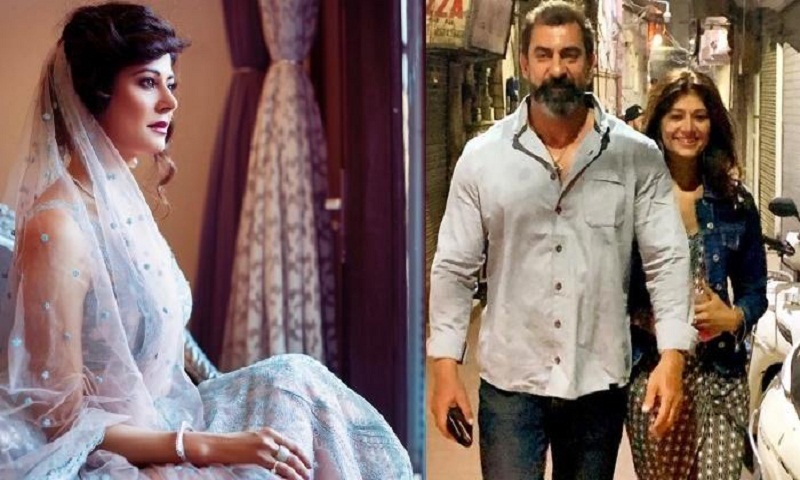 Actor Pooja Batra has secretly married boyfriend Nawab Shah. The couple tied the knot in a traditional ceremony and will soon register their marriage, as per a Mumbai Mirror report. Nawab Shah will next be seen in Arjun Kapoor’s Panipat.

The Haseena Maan Jayegi actor put up a video clip as her Instagram stories, where she can be seen walking backwards and talking to the camera about its benefits. However, what catches the eye is her chooda, a set of red wedding bangles, worn by Punjabi brides at the time of their wedding. It suggests that she has probably secretly married Nawab Shah. About seven days back, the latter had shared a video clip which showed a man’s and woman’s hand on a table. While the woman has red chooda on, the man sports a ring on the ring finger. Their faces aren’t visible.

Sharing it, he wrote: “A story you can make a movie on.” Of course, the comments section is flooded with congratulatory messages from fans and Instagram users with some writing “Nice rings bhai n bhabhi”.

The couple has been reticent about their relationship but have never shied away from sharing pictures together on their many trips abroad. However, in early June this year, the rumoured couple decided to let the world know that they are in love. Both shared a particular photo with a message of love; while Pooja wrote that “Life’s a party when you are with your soulmate” Nawab Shah simply wrote that “Happiness”. The picture was of Pooja with her back to the camera, as a man holds on to her outstretched hand.

Pooja , who has worked in films like Viraasat, Haseena Maan Jayegi and Nayak: The Real Hero, was reportedly married to one Dr Sonu S. Ahluwalia from 2002 to 2010 before they got divorced in 2011. Nawah Shah is routinely seen in a number of films in character roles, his most recent being Tiger Zinda Hai. He was also seen in films like Bhaag Milkha Bhaag, Don 2 and Lakshya.