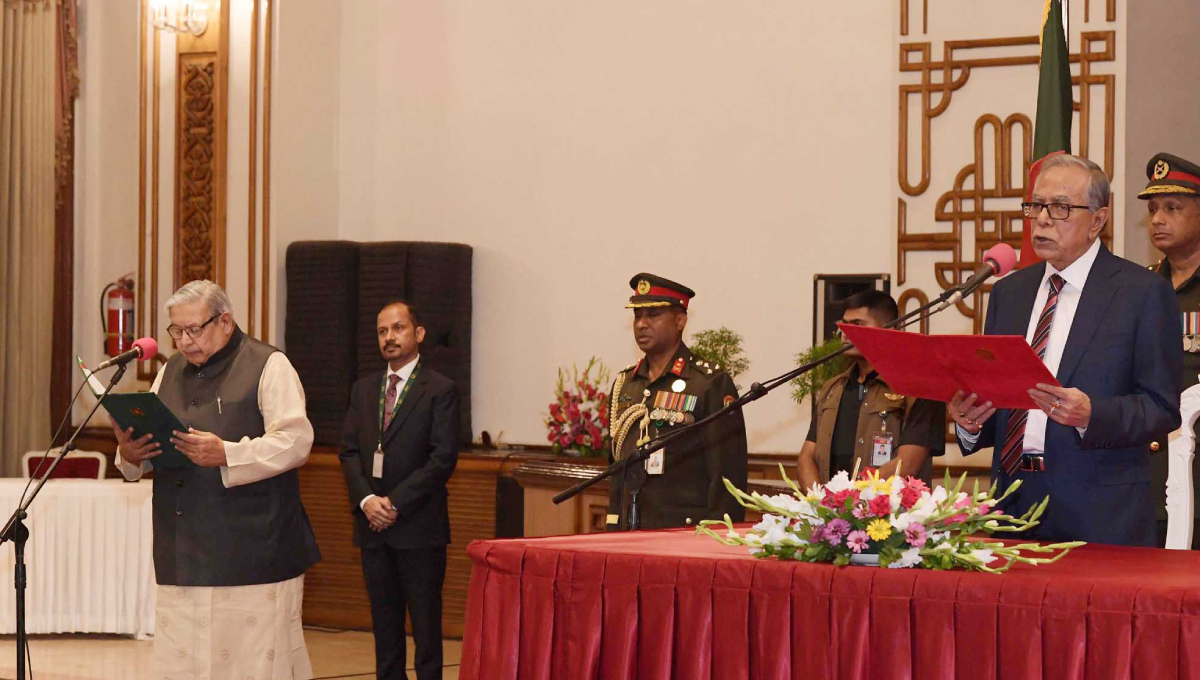 President Abdul Hamid administered the oath to them at the Darbar Hall of Bangabhaban in the evening.

The ceremony began around 7:33pm with the recitation from the Holy Quran.

At the end of the oath-taking ceremony, the President and Prime Minister Sheikh Hasina exchanged greetings with the new minister and the state minister, and distinguished guests.

Meanwhile, Imran Ahmad remained at the helm of the Expatriates’ Welfare and Overseas Employment Ministry while Indira was given the charge of Women and Children Affairs Ministry. The Cabinet Division issued a gazette notification in this regard.

With the induction of Indira into the cabinet, the number of ministers and state ministers has risen to 48.