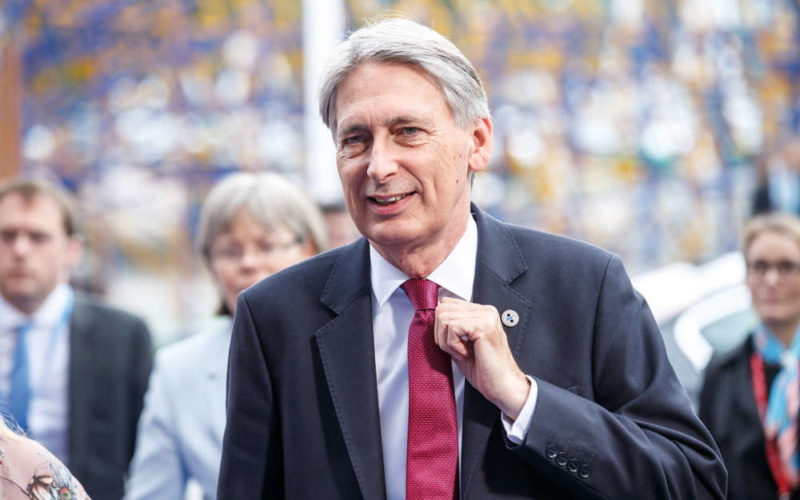 London, July 14 : Philip Hammond has warned the UK will not be able to control key elements of a no-deal Brexit.

The chancellor told BBC Panorama that if the UK leaves without a deal, then the EU will control many of the levers – including what happens at the French port of Calais.

The EU has set the UK a deadline of 31 October to leave the bloc.

But despite spending £4.2bn on Brexit preparations, Mr Hammond warned that the government has limited influence on how a no-deal scenario might look.

Asked if the UK can control Brexit, he said: “We can’t because many of the levers are held by others – the EU 27 or private business. We can seek to persuade them but we can’t control it.”

He added: “For example, we can make sure that goods flow inwards through the port of Dover without any friction but we can’t control the outward flow into the port of Calais,” he told Panorama.

“The French can dial that up or dial it down, just the same as the Spanish for years have dialled up or dialled down the length of the queues at the border going into Gibraltar.”

French officials have previously rejected suggestions they could resort to a “go-slow” policy at Calais if there is no Brexit deal – insisting that closing the port would be “economic suicide”.

Earlier this month, Mr Hammond told MPs a no-deal Brexit could cost the Treasury up to £90bn and said it would be up to them to ensure that “doesn’t happen”.

He has also said it was “highly unlikely” he would still be in his job after Theresa May stands down next month.

The Panorama programme – entitled Britain’s Brexit Crisis – will outline the tensions in government during Theresa May’s time at Number 10 when it is broadcast on Thursday.

Mr Davis, who quit as Brexit secretary last year, told the BBC that the Treasury wanted to avoid talking about the prospect of leaving without a deal.

He concluded that many in Whitehall did not believe it would ever happen – despite two years of planning.

“I’ve got to be able to say to you ‘if this doesn’t work we’ll leave anyway’ and you’ve got to believe it.

“And for you to believe it I’ve got to believe it. And I don’t think Whitehall really ever believed that they would actually carry out the plans we laid so carefully over two years.”

Tory leadership favourite Boris Johnson has pledged the UK will leave the EU on 31 October – with or without a deal.

His rival Jeremy Hunt has said he can negotiate a new deal for the UK “by the end of September” – and that he “expects” the UK will leave the EU before Christmas.

Voting among the party’s 160,000 or so members is under way, with a winner expected to be announced on 23 July.

Britain’s Brexit Crisis is on BBC1 this Thursday, July 18, at 9pm.

2019-07-14
Mr. Admin
Previous: S Korea to consider duty-free access of BD products to its market
Next: 3 Bangladeshis to attend media summit in UK