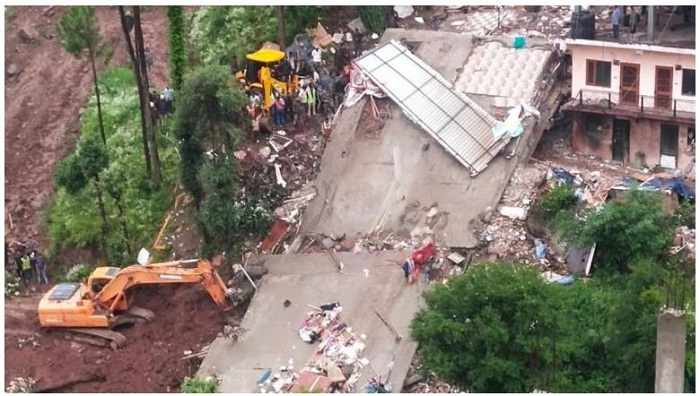 At least seven people died after a guest house building collapsed owing to heavy rains in Solan district in Himachal Pradesh. The deceased include one civilian and six Army personnel. Some Army personnel are also said to be trapped under the debris of the building.
The building that collapsed in Kumarhatti was a ‘Dhaba’. The rescue teams are carrying out the rescue operations and according to news agency ANI, seven persons are still trapped under the debris.

The incident happened at around 4 pm on Sunday near the Kumarhatti-Nahan highway in Solan.According to the initial reports, the Army personnel had stopped to have their lunch at the place where the building has collapsed. Eyewitnesses have said that there was an Army troop from Nahan and two families inside the building.

Director-cum-Special Secretary Revenue and Disaster Management DC Rana had earlier said that 25 people are stuck under the debris.