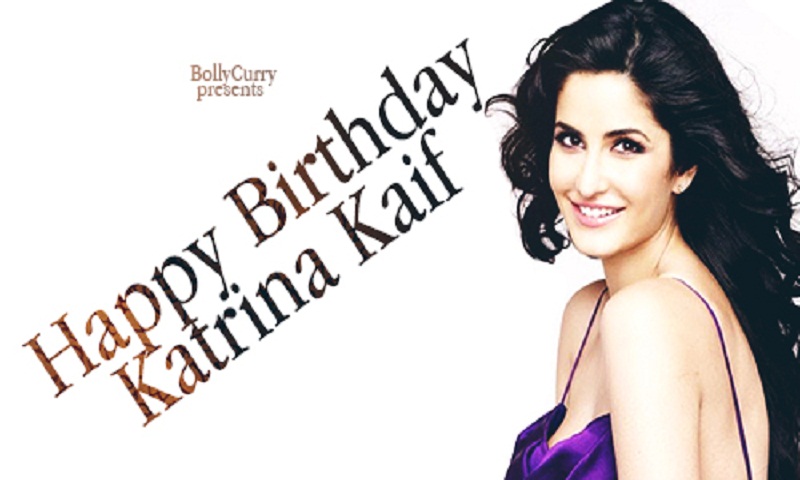 Actor Katrina Kaif celebrates her 36th birthday on Tuesday. The beauty, who believes in keeping her private life away from the media glare, will surely spend her big day with friends and family. But to kickstart her birthday celebrations, we bring you her best pics and 36 amazing facts about your favourite Bollywood star.
1. Katrina was first cast by Mahesh Bhatt in Saaya but later dropped out as she couldn’t speak Hindi at all. She then made her debut in Boom, in 2003.

2. Katrina was the only woman to feature in the Top 10 of the Indian version of Forbes Celebrity 100 in 2013. Her estimated annual earning was of Rs 66 cr.3. She reportedly took home Rs 75 lakh for her Telugu film Malliswari in 2004. It was the highest amount paid to a female actor at that time in South Indian ­cinema.

4. Katrina’s father Mohammed Kaif, is a Brit businessman of Kashmiri descent. She is, therefore, half Brit and half Indian. She has six sisters and one brother.

5. Boom producer Ayesha Shroff changed Katrina’s name from Turquotte to Kaif, as she felt that it wasn’t easy to ­pronounce. “We wanted to give her a surname which would be accepted by the Indian audience. We thought of naming her Katrina Kazi, but then we thought Kazi would have a religious overtone. So we finalised on Kaif,” she said.

6. Katrina lived in England since turning 14 but she was born in Hong Kong. She has travelled to China, France, Switzerland, Poland, Japan, Belgium, Poland and other European countries.

7. Katrina was home-schooled by her mother Suzanne.

8. Katrina started modelling professionally in London. At one of the fashion shows, filmmaker Kaizad Gustad saw Katrina for the first time and offered her Boom.9. Katrina visits the Siddhivinayak Temple and Mount Mary Church in Mumbai, and Dargah Sharif in Ajmer before her films’ release.

10. Katrina is involved in her mother’s charitable trust, the Relief Projects India, which rescues ­abandoned baby girls and works against female infanticide.

11. Katrina Kaif finally accepted dating Salman Khan in 2011, after they had already broken up. “Salman Khan was my first serious ­relationship,” she said.

12.  Katrina teamed-up with AR Rahman and released a music album, Rhymeskool, to raise money for building a school in Madurai.

13. Katrina reportedly doesn’t have any ­property in India. She lives in a rented apartment in Bandra, Mumbai.

14. Katrina works on an employment visa in India as she is a British citizen.

15. After Boom’s failure, Katrina said, “I was living in England and it is acceptable there to show kissing and bodies in bikinis or skimpy clothes onscreen, but that is ­certainly not the case in India. I realise that with your first film you make an ­initial impression on the audience. And that was definitely not the role I wanted to be seen in.”

16.Katrina has worked in many Bollywood films so far, of which she has appeared alongside actor Akshay Kumar in the maxinum number of films (six). She will be seen with him again in Sooryavanshi.

17. Katrina has worked in two Telugu films and one Malayalam film with Mammootty.

18. Katrina has been quoted saying that she is a very private person and was not on any social media website for many years. However, she joined Facebook and Instagram a couple of years ago.

19. She is the first Bollywood actor to have a Barbie doll modelled on her.

20. Katrina has worked with all the major Khans of Bollywood. With Shah Rukh Khan in Jab Tak Hai Jaan and Zero, with Aamir Khan in Thugs of Hindostan and Dhoom 3, with Salman Khan in EK Tha Tiger, Tiger Zinda Hai, Bharat and more and also with Saif Ali Khan in Phantom.

21 Katrina reportedly charges Rs 5cr for an endorsement. “It is important for me that the product I endorse should deliver on its promise,” she said. She recently became the brand ambassador for Reebok.

22. In 2011 and 2013, Katrina Kaif was named the most searched celebrity (Indian) on the internet. In 2011 she beat popular social activist, Anna Hazare and she even beat her ex, Salman Khan in this race.

23. Her favourite bands are Muse, Radiohead and Coldplay.

24. Katrina is a big fan of Leonardo DiCaprio and Johnny Depp. She’s also very fond of Kajol and Madhuri Dixit.

25. According to online reports, Katrina is afraid of the dark.

26. She plays chess and is also fond of painting. She happens to be Aamir Khan’s chess partner of choice.

27. The famous Rs 2 lakh silver dress that she wore in Welcome (2007) was gifted to her by noted Italian fashion designer Emilio Pucci.

28. She likes English food and is very fond of Yorkshire pudding.

29. Katrina doesn’t like being called ‘Kat’. “Honestly, I don’t like it when people call me Kat, I don’t know who coined this name,” she once said.

31. Katrina Kaif got her statue at Madame Tussaud’s London and made her first appearance at Cannes film festival in 2015.

32. Katrina Kaif and Ranbir Kapoor fell for each on other while working on Ajab Prem Ki Gajab Kahani. They only ever worked together again after their break-up on Anurag Basu’s Jagga Jasoos.

33. Katrina says she holds no grudge against Ranbir, his girlfriend Alia Bhatt and his ex Deepika Padukone. “I will tell you something important. A certain thing is already playing out in a certain manner. My reaction to it makes no difference. I can sit here and feel anger and bitterness. I can make myself unhappy. Or I can take into consideration that, how miserable I am makes no difference to anyone else. So, instead, I can lighten my own burden and say — let me be happy and at peace. And what is meant for me, will come my way,” she said.

34. Katrina attended the wedding reception of Deepika and Ranveer Singh in December and said she partied with the newlyweds until the wee hours of the night.

35. Her colleagues are always baffled by how small her home is compared to her peers in Bollywood. She says this is why she never hosts parties in her house.

36. Katrina has said that she wants her children to grow up with a father figure. “Not having a father figure does create a certain vacuum and makes any girl feel vulnerable. When I have kids, I want them to have the experience of being with both parents,” she said.

2019-07-16
Mr. Admin
Previous: HM Ershad to be buried in Rangpur’s Pallinibash
Next: Rifat Sharif’s wife Minni held over his murder