Heat wave in US kills 6 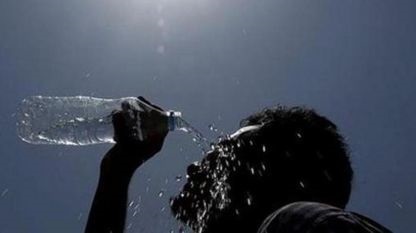 Washington, July 21 : Six deaths have been attributed to a recent heat wave that swept through much of the United States.

In Arizona, an air conditioning technician, Steven Bell, died Thursday while working in an attic, according to local officials.

The heat wave prompted event organizers to cancel their events, such as the New York City Triathlon, which donated its 12 tons of prepared refreshments to residents.

In Washington DC, where a major celebration was held to commemorate the 50th anniversary of Apollo 11’s moon landing, emergency vehicles were deployed as locals crowded the national mall after sundown to celebrate.

In a viral post which circulated on social media over the weekend, a police department in the state of Massachusetts appealed to local residents to hold off committing crimes until the heat wave passes.

“Due to the extreme heat, we are asking anyone thinking of doing criminal activity to hold off until Monday,” the humorous notice issued by Braintree police said.