Irregularities in fisheries, livestock sectors must be eliminated: President 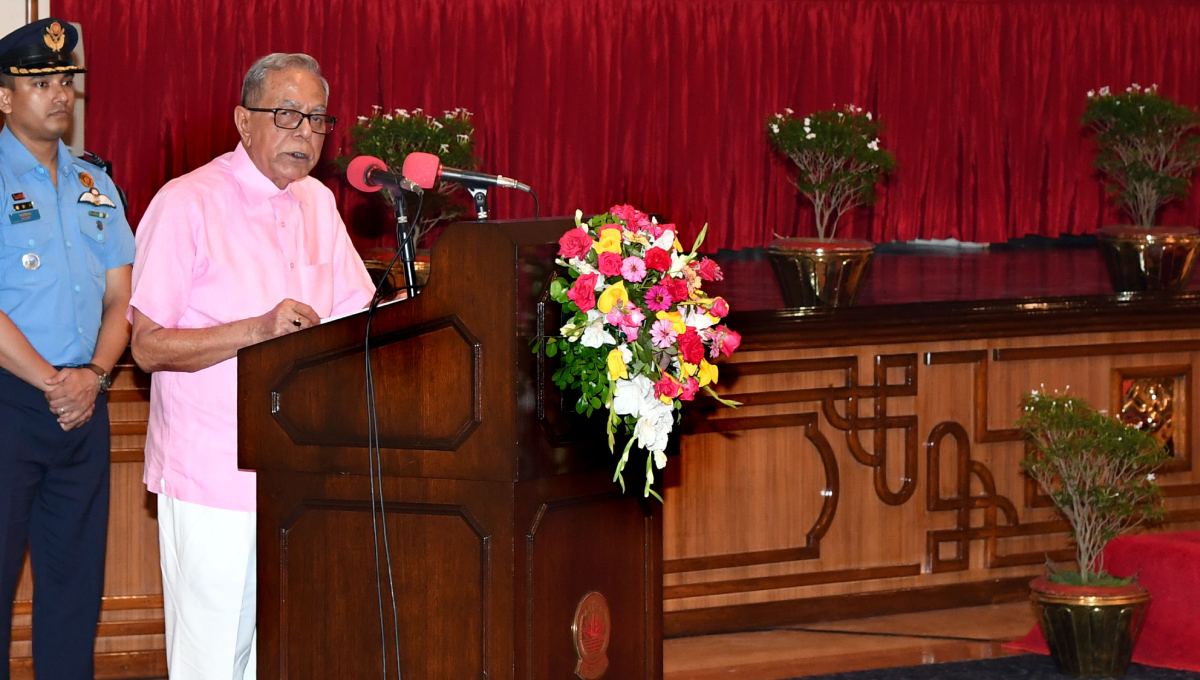 Dhaka, Jul 21 : President Abdul Hamid on Sunday said irregularities in fisheries and livestock sectors must be strictly prevented to continue the trend of development of these sectors.

“Any irregularity in fisheries and livestock sectors must be strictly dealt with. Those involved in irregularities should be punished. Transparency and accountability should be ensured everywhere right from the release of fish,” he said.

The President came up with the remarks while addressing a programme arranged as part of National Fisheries Week at Bangabhaban.

“Negative reports on fish farming, especially fish feed, were published and broadcast in media. Now negative reports are being published on pasteurised milk. It has triggered a negative reaction in public mind. All concerned must remain alert so that the potential of the sector is not damaged due to some unscrupulous people.”

President Hamid said it is not possible to ensure food security of the country by merely increasing the production of food grains. There is no alternative to protein to build a healthy and intelligent nation, and fish provides about 60 percent of that protein, he added.

Mentioning the contributions of fish to fulfill the nutritional need of people and employment generation, the President said more than 11 percent of the population of the country is directly or indirectly engaged in various activities in this sector.
“So, the contribution of fisheries to the national economy is immense.”

The President went on saying, “The lives and livelihood of fishermen largely depend on fisheries. All government and non-government organisations and related beneficiaries are engaged in this sector, including the Department of Fisheries, have to play more responsible role in reaping the maximum benefits from this sector.”

President Hamid also stressed the need for encouraging people in preservation and cultivation of fish of local species to save the country’s aquatic environment and biodiversity alongside commercially profitable fish farming.

Hamid also said it is urgent to ensure the proper management of marine fisheries alongside the inland fisheries to achieve the vision 2021 and 2041.

A total of 320 kgs of fish fry were released in Singho Pukur inside Bangabhaban.

State Minister for Fisheries and Livestock Ashraf Ali Khan Khasru and high officials of the ministries and secretaries concerned of Bangabhaban were present on the occasion.

The National Fisheries Week 2018 is being observed across the country from July 17 to 23 with the theme of “Machchashe Gorbo Desh…Bangabandhur Bangladesh”.