32 killed due to thunder strike in Uttar Pradesh 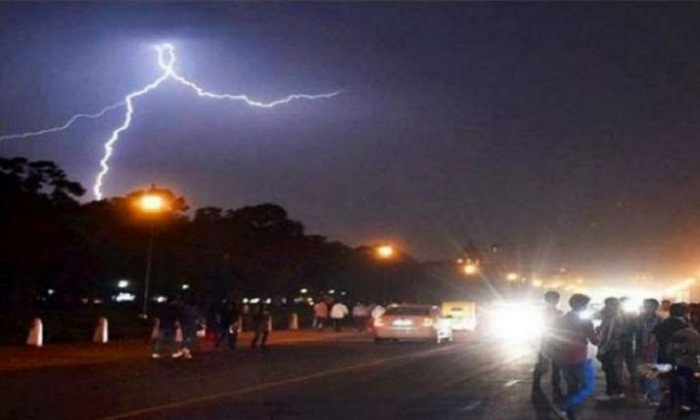 Lightning strike in Uttar Pradesh has killed 32 people in a single day, said, officials. According to a statement, the lightning had claimed one life in the state a day earlier, while two others had died of snake bites on July 18 and 20 respectively. Meanwhile, 13 others were injured due to lightning.
Those killed by Sunday’s lightning included 7 each in Kanpur and Fatehpur, 5 in Jhansi, 4 in Jalaun, 3 in Hamirpur, 2 in Ghazipur and 1 each in Jaunpur, Pratapgarh, Kanpur Dehat and Chitrakoot, the statement added.

Among the three who died earlier, one was killed due to lightning in Deoria, while one lost his life to snake bite on in Kushinagar on Saturday.Yet another person had died of snakebite on July 18 in Ambedkarnagar, the government statement said.

Chief Minister Yogi Adityanath expressed sorrow over the loss of lives in the state and has issued orders to the respective district magistrates to give a compensation of Rs 4 lakh to each of the families of victims.

He also directed officials to ensure that the injured persons get adequate treatment and that there should be no laxity in the execution of relief works, the statement said.

Meanwhile, the death toll due to rain-related incidents across the country is on the rise. Heavy showers lashed Kerala, where a red alert was sounded in five districts, even as the floodwater receded in some parts of Assam.

In Rajasthan, 26 MGNREGA labourers were injured when lightning struck them.

The toll in Assam floods rose to 64 with the deaths of five more people.Two deaths were reported from Morigaon district and one each from Dhemaji, Goalpara and Kamrup districts, according to the Assam State Disaster Management Authority (ASDMA).

The floodwater receded in five districts but 2,669 villages, 1.35 lakh hectares of crop land and a portion of the Kaziranga National Park in Golaghat district continued to remain submerged, the ASDMA bulletin said.

The death count of animals at the Kaziranga National Park stood at 141.