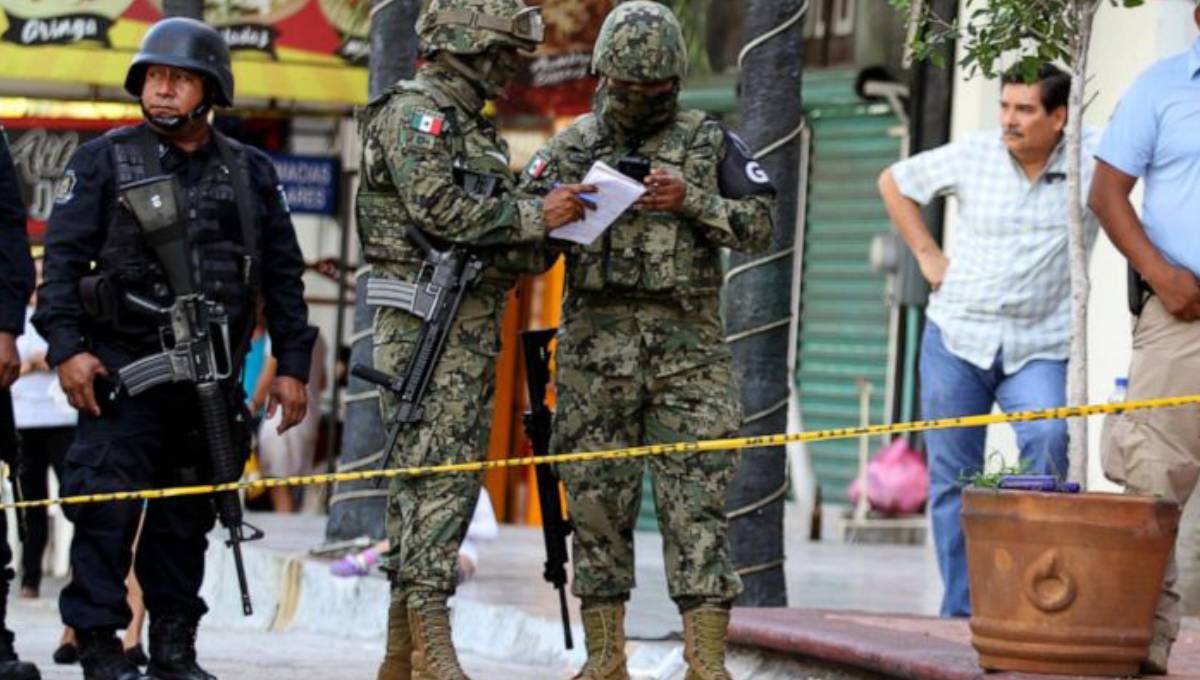 Photo: Soldiers from the National Guard, State Police officers of Guerrero and Municipal Police officers of Acapulco guard an area where gunmen killed and wounded multiple people inside a bar in Acapulco, Mexico, Sunday July 21, 2019.


Mexico, July 22 : Gunmen killed five men and wounded six other people at a popular bar in Acapulco on Sunday, the latest in a string of violent incidents for the once-glamorous Pacific Coast resort city that has fallen on hard times.

The Guerrero state prosecutor’s office said the shootings took place in the morning at a watering hole called Mr. Bar, which is on the city’s broad coastal avenue across the street from high-rise beachside hotels.

Located in the city’s so-called Golden Zone, the bar is frequented by locals and tourists alike. Acapulco is full of summer vacationers, and days earlier authorities launched a security operation for the tourist season.

The victims were all said to be Acapulco residents. Forensic examiners recovered 21 bullet casings from the scene, which was cordoned off by soldiers and police. One suspect was arrested.

Authorities were interviewing witnesses to determine whether the shooting may have been the result of an attack or a dispute between patrons.

Guerrero state and Acapulco have seen high violence and homicide rates. Fashionable decades ago for many in the Hollywood jet-set, the resort city has fallen off among international tourists.