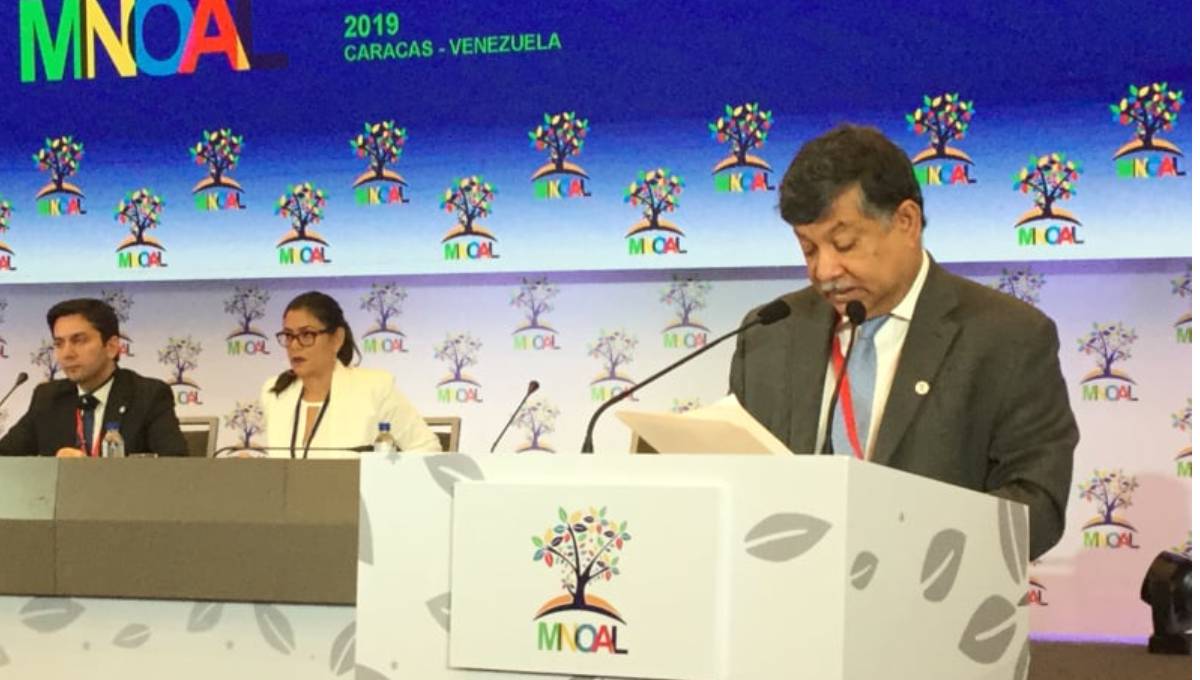 Dhaka, July 22 : Permanent Representative of Bangladesh to the United Nations in New York Ambassador Masud Bin Momen has urged the NAM member states including the ASEAN neighbours of Myanmar to remain engaged and put in more efforts so that Myanmar authorities do not fail in taking the Rohingyas back.

While referring to the oppression against the Palestinian people and violations of international law and international human rights law in the occupied Palestinian territory, he cautioned that mere expression of concerns for the misdeeds in Palestine and other places in the world did not stop these from recurring again.

“Therefore, we must ensure that nations respect international law, and the international community should take necessary measures to hold accountable the perpetrators responsible for crimes against humanity such as those took place against the Rohingyas in Rakhaine State of Myanmar,” he said.

Ambassador Masud was delivering the national statement at the debate of the Ministerial Meeting of the NAM Coordinating Bureau in Caracas, Venezuela on Sunday, said a media release on Monday.

The theme of the debate was, “Promotion and consolidation of peace through respect for international law.”

Stating that misunderstanding and cross cultural ignorance are among the root causes of conflicts that they see today, he said international law which is an essential tool for the protection, maintenance and consolidation of peace draws upon the principles of peace expressed by great scholars and thinkers of the past.

“Leaders of our past generation placed them in the social and political context of today to dissipate the clouds of prejudice, ignorance and vested interests that stand in the way of world peace and harmony. It is thus a very precious possession of all human beings, which must be carefully protected and nurtured.”

He recalled the decision taken by the Father of the Nation Bangabandhu Sheikh Mujibur Rahman to join NAM in 1973 and mentioned that inspired by his legacy, Bangladesh still finds the activities of Non-aligned Movement relevant even the world is facing many new and critical challenges including weaponization, securitization of frontier technologies, climate change, protectionism, clashes among cultures etc.

The Ministerial meeting was attended by 16 ministers and other high level representatives of 85 countries from Africa, Asia, Oceania, Latin America, Europe and the Caribbean region.

The Ministerial meeting was chaired by the Foreign Minister of Venezuela, Jorge Arreaza Montserrat.

The Ministerial meeting was preceded by the senior officials meeting where the NAM outcome document was negotiated.

The Ministerial meeting is expected to adopt the NAM outcome document and a political declaration at the end of the meeting.

Ambassador and PR of Bangladesh to the UN in New York Masud Bin Momen led the two-member Bangladesh delegation at the meeting which is taking place in the capital city of Venezuela.

Planning Minister praises PM’s motivation ‘to work for the poor’