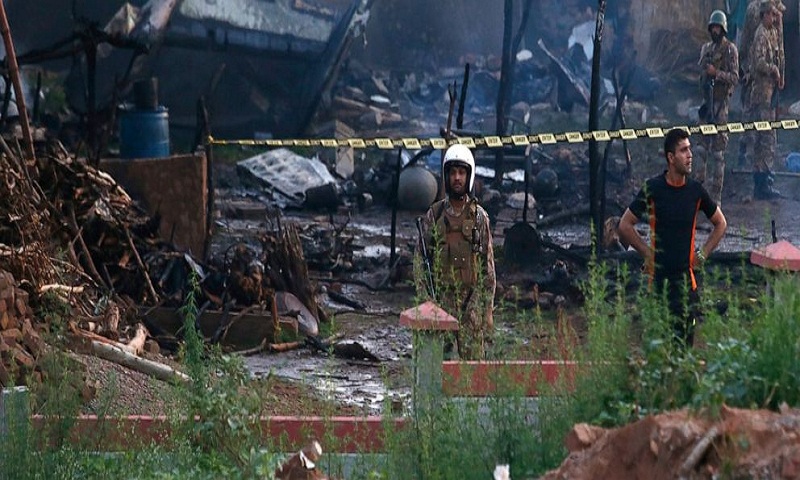 A Pakistani military plane on a training flight crashed into homes near the garrison city of Rawalpindi before dawn on Tuesday, killing at least 18 people, most of them on the ground.
Fires, damaged homes and debris were visible in Mora Kalu village on the outskirts of Rawalpindi after daybreak. After rescue efforts ended, troops and police cordoned off the residential area to search for plane debris and investigate the crash site.Rescue officials said there were no survivors on the plane and that 13 civilians were killed on the ground. The army said in a statement that five crew members, including two pilots, died in the crash.
2019-07-30
Mr. Admin
Previous: Alamgir hospitalised with dengue fever
Next: Two killed in Sylhet road accident