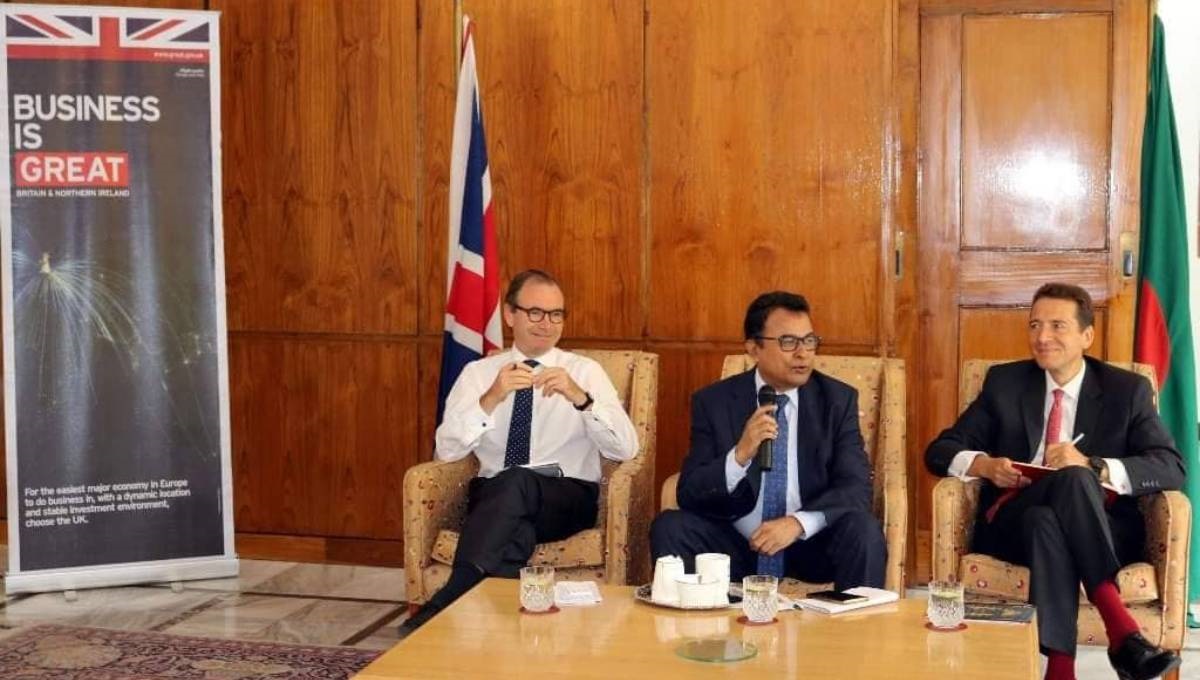 Dhaka, Aug 1 : Finance Minister AHM Mustafa Kamal has said more British companies should come up to invest in Bangladesh and take advantage of its young and growing population.

The Finance Minister made the remarks at a breakfast meeting hosted by Chair of British Business Group (BBG) Francois de Maricourt and British High Commissioner to Bangladesh Robert Chatterton Dickson on Wednesday.

The Finance Minister said Bangladesh was strategically positioned between China-India and other growing economies in Asia, and its time has come to move on, according to the British High Commission in Dhaka.

BBG chair Maricourt said the UK companies are amongst the biggest investors in Bangladesh and are fully supporting the country’s growth.

Maricourt, also the CEO of HSBC Bangladesh, noted that Bangladesh is the fastest-growing economy in the Asia Pacific region, with HSBC forecasting growth of 8.1 percent this year.

High Commissioner Robert Dickson said the UK is a long-standing friend of Bangladesh, and some British companies had been here since the birth of the country in 1971.

He wanted to see the British business presence increase in the years ahead.