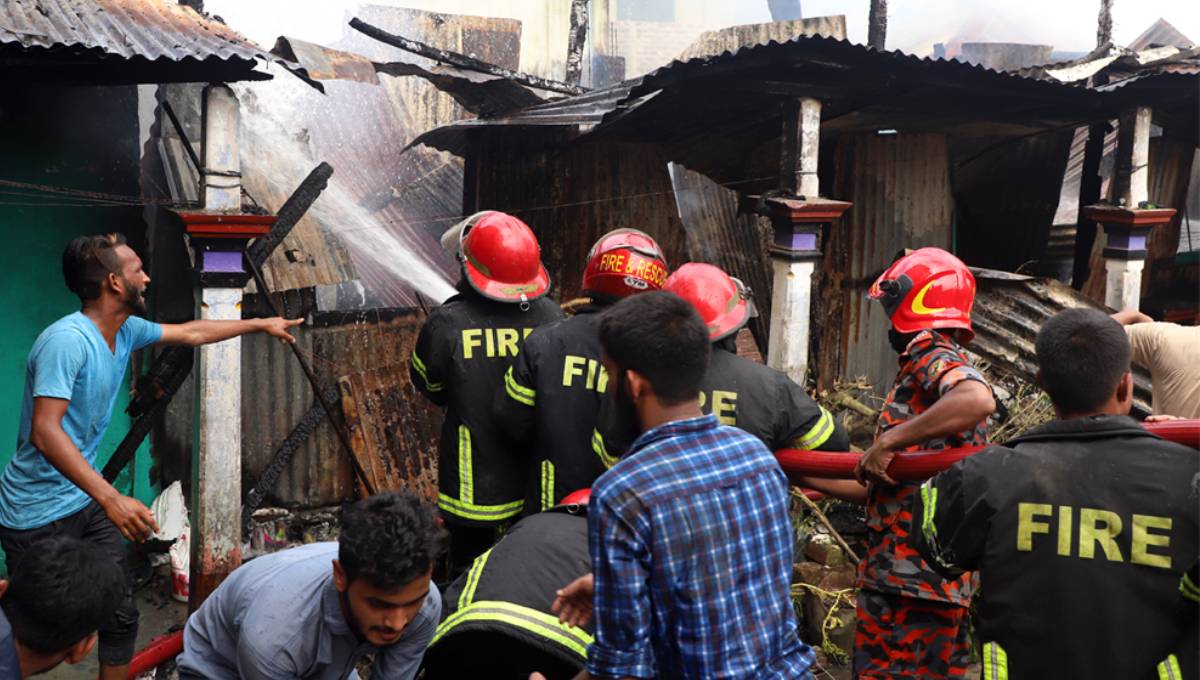 Sylhet Office : Eight houses were gutted as a fire broke out at Mahajan Polly in city’s Bandar Bazar on Wednesday noon.

The fire broke out from an electric short circuit around 2pm and engulfed its nearby houses, they added.

4 die of coronavirus in Sylhet