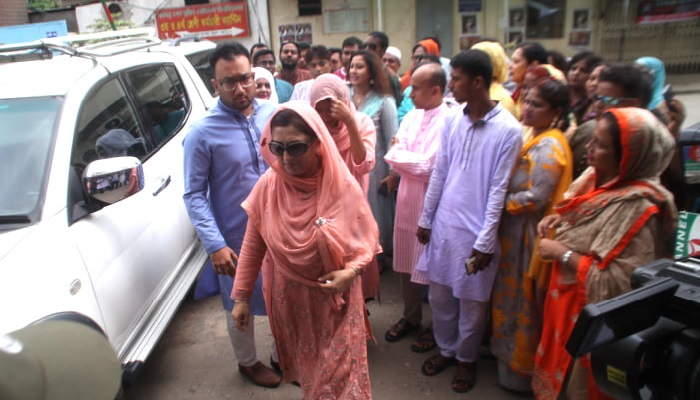 The hospital sources confirmed this while talking to a reporter of Bangla online news portal this afternoon.The source said, “After getting permission from jail authorities, they have met with the BNP chairperson, who has been undergoing treatment at the hospital for more than one month.”

“Six family members of Khaleda Zia have arrived at the hospital at 2:12pm. They brought Eid special dishes for her,” the sources said.

They are now staying on the sixth floor of the Cabin Block of the hospital till the filling of this report at 4:30 pm.