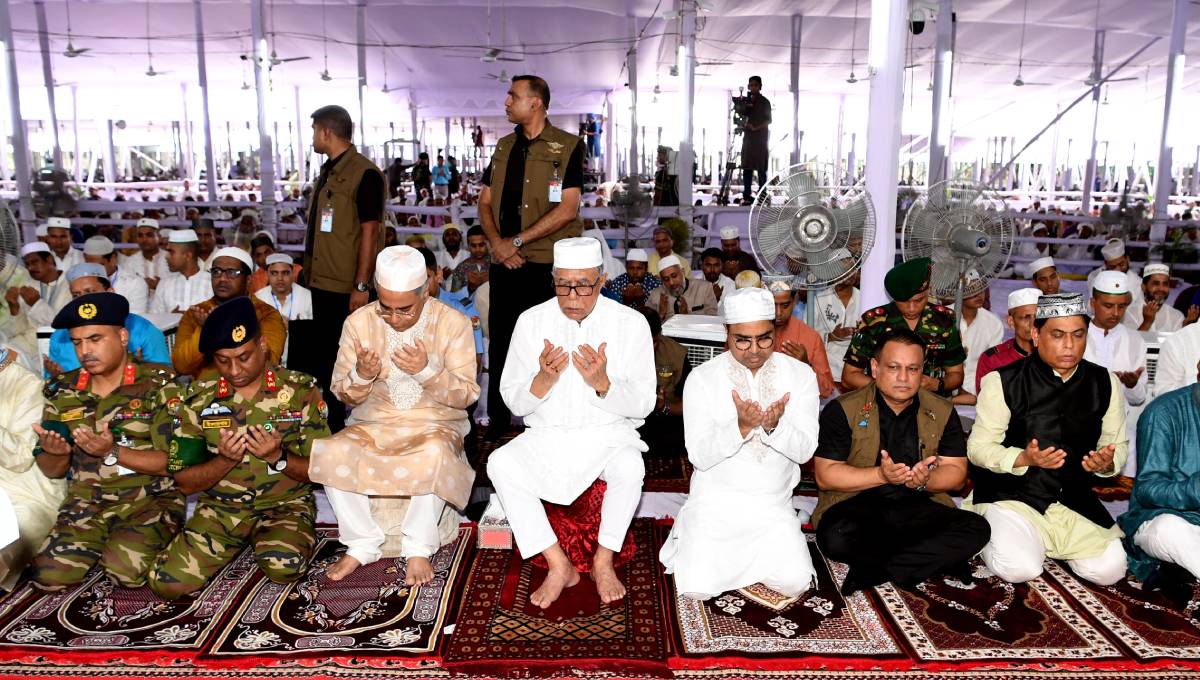 President Abdul Hamid joins hundreds of people from all walks of life to offer Eid-ul-Azha prayers at the National Eidgah on Monday, Aug 12, 2019. Photo: Courtesy

Dhaka, Aug 12 : President Abdul Hamid joined hundreds of people from all walks of life to offer Eid-ul-Azha prayers at the National Eidgah on Monday morning.

The congregation was held at 8:15am on the High Court premises.

Noted personalities, including the chief justice, cabinet members, Supreme Court judges, members of Parliament, senior secretaries concerned to the Bangabhaban, and senior civil and military officials, among others, joined the main Eid congregation.

A special munajat was offered seeking divine blessings for peace, progress and welfare of the country and its people, and wellbeing of the Muslim Ummah.

Special prayers were also offered seeking eternal peace of the departed souls of Father of Nation Bangabandhu Sheikh Mujibur Rahman, and martyrs who sacrificed their lives for the county and its people during different democratic movements, particularly during the Liberation War in 1971.

President Hamid also exchanged Eid greetings with the devotees and mass people after the congregation which was held under the auspices of the DSCC.

Special arrangements were made for women to offer Eid prayers.