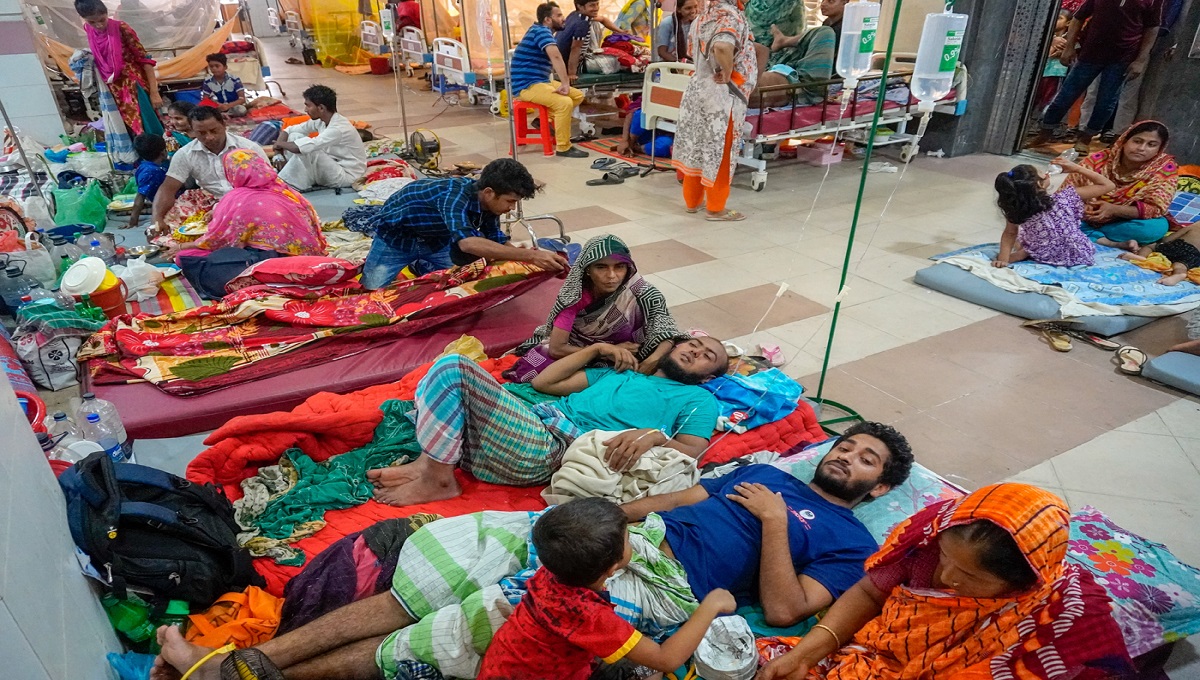 Dhaka, Aug 13 : At least 1,200 new dengue patients were admitted to hospitals across the country in 24 hours till Tuesday morning.

Since January, 44,471 people were hospitalised with dengue, according to the Directorate General of Health Services. Of them, 36,884 had made full recovery.

Currently, 4,115 patients are undergoing treatment at 40 government and private hospitals in the capital. Another 3,432 patients are being treated at hospitals outside Dhaka.

Bangladesh is grappling with its worst outbreak of dengue. Dhaka, the densely-populated megacity, has been at the centre of the outbreak. Most of the dengue cases have been reported from the capital city.

The government has so far confirmed 40 deaths although the unofficial estimates suggest a higher death toll.

Meanwhile, the deaths of two persons, including a child, were reported from Khulna and Laxmipur districts on Monday night and early Tuesday.

The deceased were identified as Parash, 4, son of Kamruzzaman of Daspara area in Kamalnagar upazila; and Rasel, 32, of Gopalganj.