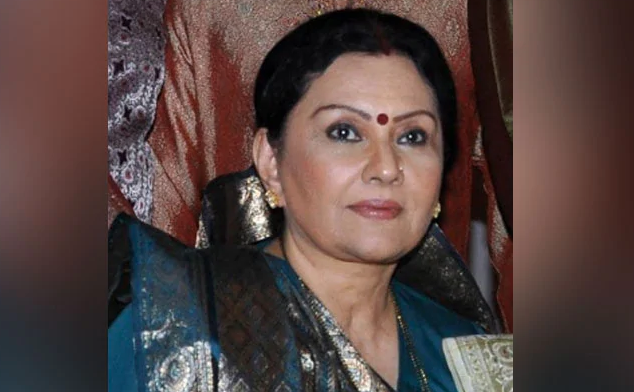 Veteran Bollywood actress Vidya Sinha died in a Mumbai hospital on Thursday, reports news agency IANS. She died at the age of 71. The actress’ family sources said that she died around 1 pm after suffering from a brief lung-cum-heart ailment .Vidya Sinha was best-known for featuring in Basu Chatterjee’s 1974 film Rajnigandha.
According to news agency IANS,  Sinha was admitted to a Mumbai hospital on Sunday after she suffered from severe  breathing problems. Ms Sinha was put on a ventilator but failed to recover and died around 1 pm, reported IANS.

Vidya Sinha stepped into the Indian entertainment industry at the age if 18. she began her career as a model. she is best-known for her performances in Chhoti Si Baat, Pati Patni Aur Woh and Rajnigandha. She featured in the television show Kulfi Kumar Bajewala. She also featured . Ms Sinha was also a part of shows like Kavyanjali, Qubool Hai among others.She returned to the silver screen in 2011 with Salman Khan’s Bodyguard. Vidya Sinha is survived by her daughter Janhavi.