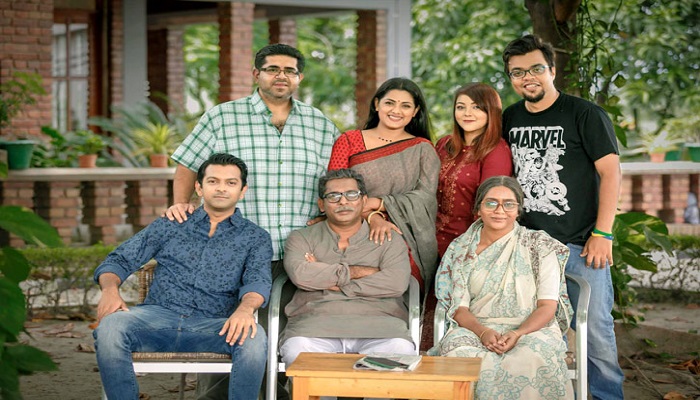 Mabrur Rashid Bannah has directed an Eid drama named ‘Asroy’ that received huge response from the viewers and touched the viewers’ hearts emotionally.
In this drama, Mosharraf Karim and Jakia Bari Momo were seen in the character of parents and Tahsan Khan and Nusrat Imrose Tisha played the role of an orphan couple.

The story of the drama is written by Akbar Haidar Manna that portrayed brutal present social condition of sending parents to the old-age homes.The drama was released on RTV, a private television channel, on the second day of Eid-ul-Azha. Club eleven entertainment youtube channel released the drama where the viewers commented about their emotional experiences of the drama.

Speaking about the drama, the director of the drama, Bannah said, “During the shooting of the drama, many became emotional but this was a frequent practice in our society. Success will be there, if anyone can detect one’s faults by watching the drama.”

“Many people have worked heart and soul for making the drama a success. For the hard work we were able to give the viewers a great gift. This is going to be my best work for the lifetime,” added Bannah.