Seminar on study in Japan held in SUST 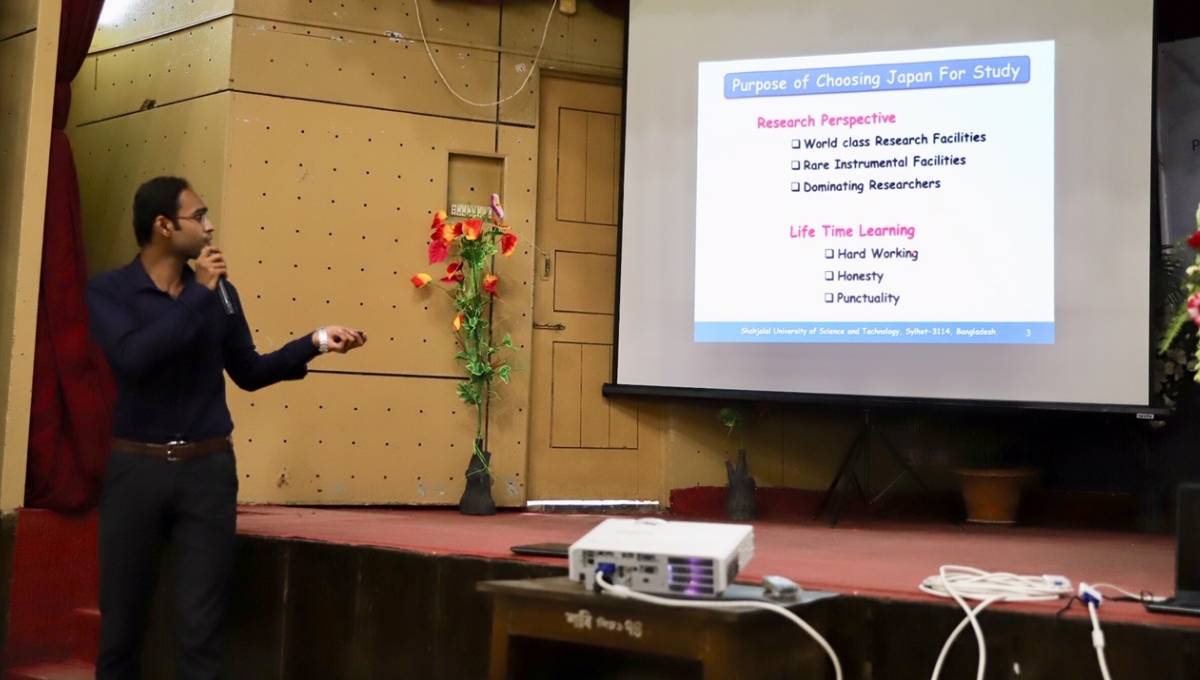 SUST Correspondent : The Embassy of Japan and Shahjalal University of Science and Technology (SUST) on Tuesday jointly organised a seminar on higher study in Japan.

The seminar, ‘Study in Japan Seminar 2019’, provided useful information on the opportunities of higher education in Japan, including the Japanese government scholarship, study and life in Japan as well as its advantages and possible career perspectives afterwards.

Two professors of SUST who received their doctoral degrees from Japanese universities spoke about their study experiences in Japan.

Around 150 students of SUST participated in the seminar held in Sylhet, said the Japanese Embassy in Dhaka.

Over the last five decades, Japan has been providing government scholarship to more than 4,000 Bangladeshis, the Embassy said.

In 2018 alone, more than 120 Bangladeshi students newly received this government-funded scholarship and are now studying in Japan on various academic fields.