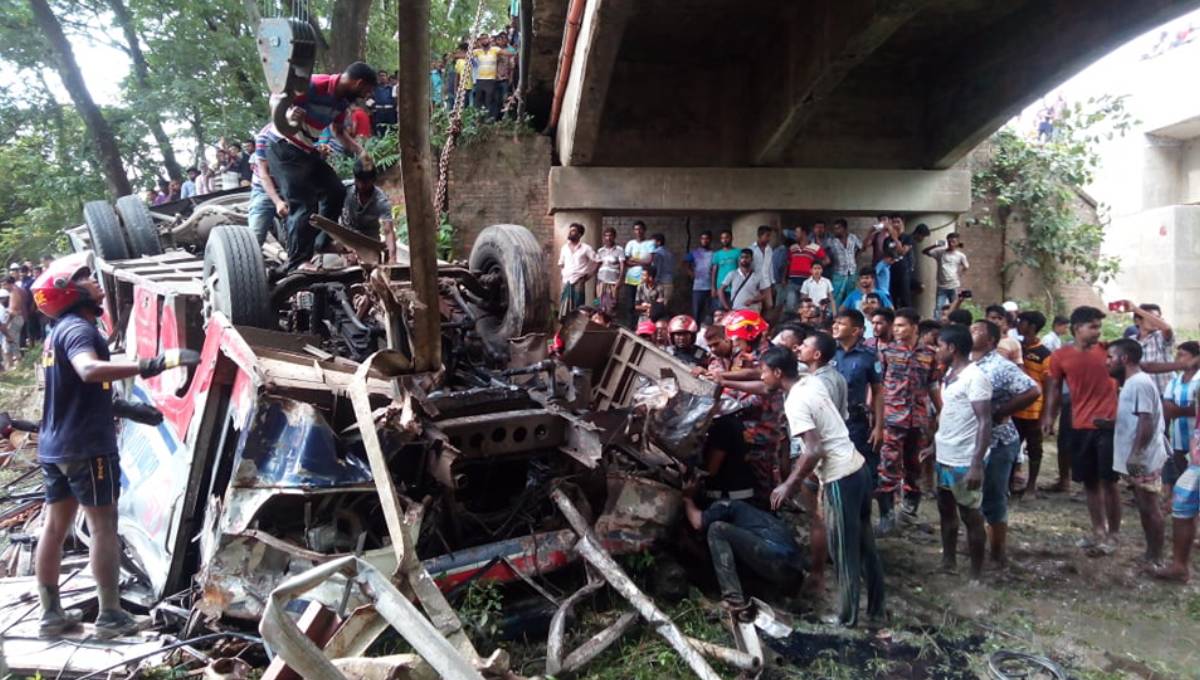 Photo: The crashed vehicle at Dhuldi area of Sadar upazila in Faridpur on Saturday, Aug 24, 2019.

Faridpur, Aug 24 : At least eight people were killed and 20 others injured after a bus fell off a bridge in Sadar upazila on Saturday afternoon.

Three of the deceased were identified as Habibur Rahman, Faruk Hossain and Asma Akhter.

Further details about them and the identities of the other victims are still awaited.

Superintendent of Police of Faridpur Highway Police Mostafizur Rahman said the Gopalganj-bound bus of ‘Comfort Line’ from Dhaka crashed into the railing of the bridge first at Dhuldi around 2:30pm and plunged into the canal beneath after its driver lost control over the steering while giving passage to a speedy motorcycle.

The accident left six people dead on the spot and 22 others injured, said officer-in-charge of Kotwali Police Station FM Nasim.

The injured were taken to Faridpur Medical College Hospital (FMCH) where two of them succumbed to their injuries, he said.

Firefighters with the help of locals and police carried out the rescue operation after the accident, said Assistant Deputy Director of Faridpur Fire Service Shawkat Ali.

Top officials of the local administration and local representatives visited the spot.

Deputy Commissioner of the district Atul Sarkar said the local administration will bear all the treatment costs of the injured.