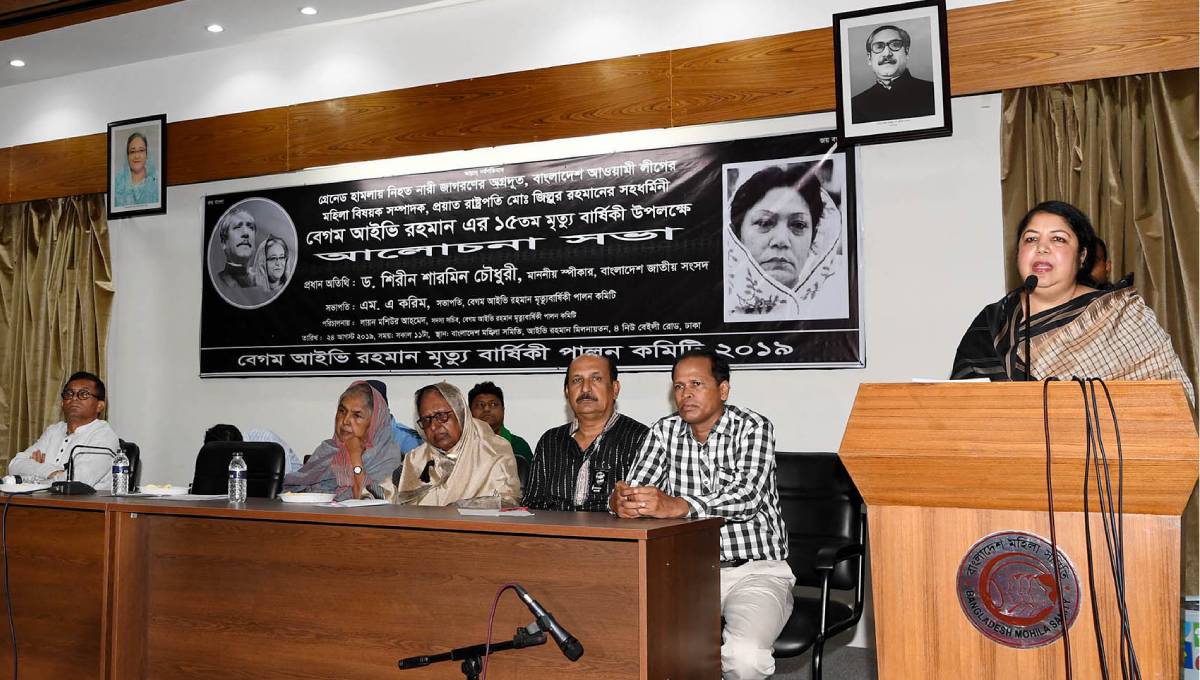 Speaker of the Jatiya Sangsad Dr Shirin Sharmin Chaudhury speaks at a discussion at the Ivy Rahman auditorium of Bangladesh Mahila Samity in Dhaka on Saturday, Aug 24, 2019. Photo: Courtesy

“If we analyse her works, we can see she (Ivy) worked for the emancipation and welfare of women throughout her life,” said the Speaker while addressing a discussion arranged marking the 15th death anniversary of Ivy Rahman, wife of late President Zillur Rahman.

The discussion was organised at the Ivy Rahman auditorium of Bangladesh Mahila Samity in the city.

Dr Shirin said Ivy also worked throughout her life for promoting women in politics. “Alongside joining various movements and struggles, she did many constructive works so that women can move forward,” she said adding that Ivy will remain as an idol to women.

Noting that 24 AL leaders and activists, including Ivy Rahman, were killed in the August-21 grenade attack in 2004, the Speaker said it was carried out to kill Prime Minister Sheikh Hasina and make the nation leaderless.